The cruises are also the first to originate from the country.

Cruise company Royal Caribbean (RCL 15.78%) announced today it's planning to begin cruises from Israel for the first time in May, describing them as its first "fully vaccinated" voyages. The tickets will go on sale eight days from now, on March 9, with the company's freshly launched Odyssey of the Seas serving as the main cruise vessel. The ship has numerous modern, high-tech amenities and a range of onboard entertainment.

While other cruise lines are planning to eventually resume sailing with their crews vaccinated, Royal Caribbean breaks new ground by ensuring a fully vaccinated passenger list. Israeli Prime Minister Benjamin Netanyahu highlighted this fact, stating that because of "the millions of vaccines we have brought, I am proud that Israel will be the first country in the world to launch Royal Caribbean's new flagship." 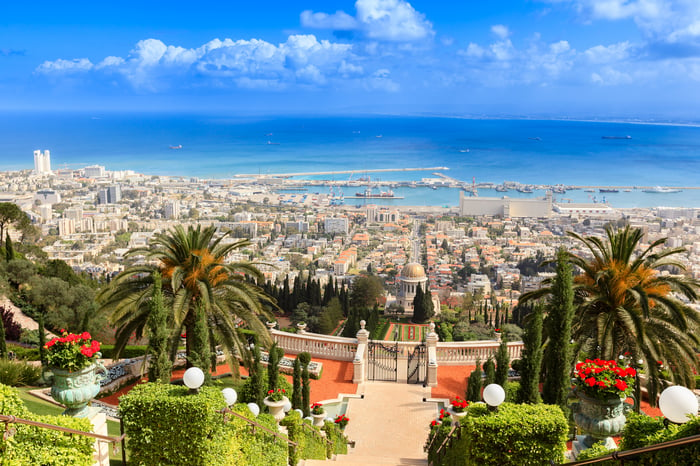 He added that he expects the country's COVID-19 vaccination passport program to aid in making the nation "the world champion in economics and tourism in the post-Corona era."

The cruises will sail across the Mediterranean to visit scenic destinations in Cyprus and Greece, with each voyage beginning and ending in the Israeli port city of Haifa. Both Greek and Cypriot tourism officials welcome the plan, with the Greeks setting up travel protocols to smooth Israeli visits to their shores.

Royal Caribbean's share price has risen close to 400% relative to a year ago during the initial impact of the COVID-19 pandemic, though its ships continue to be mostly idle and cruise revenue is near zero. Today's announcement of Israeli cruises is, however, the second new itinerary since plans for Barbados cruises were made public in January, suggesting the company is looking for ways to earn cash from actual operations sooner than standard itineraries might offer.