Royal Caribbean (RCL -3.52%) saw its price target boosted today by an analyst at Deutsche Bank. As The Fly reports, Chris Woronka raised Deutsche Bank's Royal Caribbean price target from $46 to $62, a nearly 35% increase. This is, however, still lower than the company's current share price of around $73, and far below the pre-pandemic highs of more than $133. 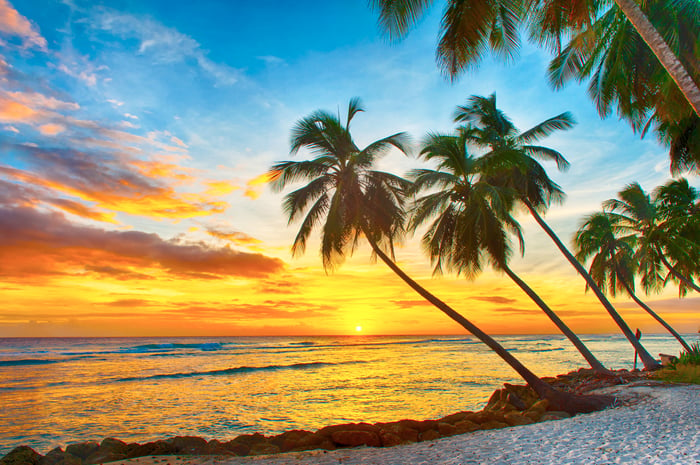 Royal Caribbean announced its first-ever Barbados cruise itineraries yesterday, which are likely to begin in December of this year. This is roughly in line with Deutsche Bank's prediction about when sailings might start up again at their former scale.

The company says it is planning both 7-day and 14-day voyages aboard the vessel "Grandeur of the Seas," involving island-hopping expeditions intended to highlight "the natural beauty and cultures of the region." CEO Michael Bayley refers to the "pink-sand beaches and unexpected adventures across Barbados," as well as a number of other islands in the region, as winter destinations for the resumed cruises.

Like other cruise companies, Royal Caribbean's main concern is surviving long enough to start sailing again. With a cash burn rate of approximately $270 million per month, the line may have only 15 months of cash left before exhausting its reserves completely. On the other hand, UBS believes the company will see the strongest eventual rebound among its peers because it diluted its stock the least during the crisis.