Please ensure Javascript is enabled for purposes of website accessibility
Log In Help Join The Motley Fool
Free Article Join Over 1 Million Premium Members And Get More In-Depth Stock Guidance and Research
By Matthew DiLallo - Mar 2, 2021 at 9:39AM

The recent rally in the oil market is leading these oil companies to ramp up their investment program.

Oil prices have been in rally mode for the past several months. Crude oil is already up roughly 25% this year to more than $60 a barrel. While recovering demand has helped push oil higher, it's getting a lot of support from OPEC and other producers, which are holding back supply. Most oil companies plan to keep their production flat this year, since the market doesn't need any more oil.

However, some oil companies are getting itchy now that crude prices have recovered. That's leading them to go against the grain and ramp up their drilling programs. That decision could come back to bite them if crude oil prices cool off. 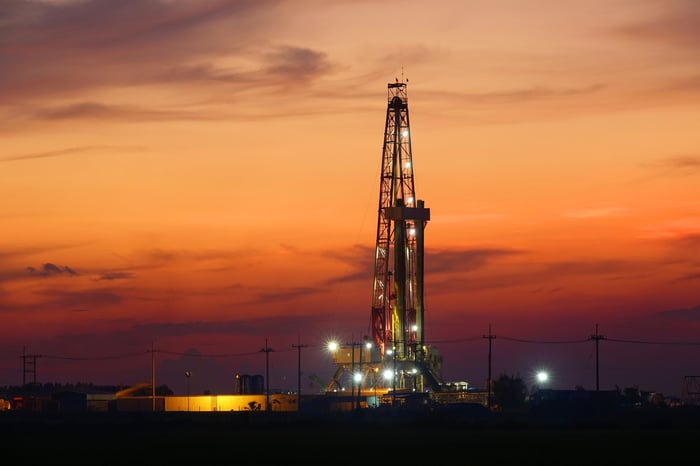 While last year was a brutal one for the oil market, Matador Resources (MTDR -2.80%) ended on a positive note. The oil and gas producer generated free cash flow for the first time, producing $60.7 million during the fourth quarter. That enabled it to repay some debt to shore up its balance sheet.

With crude oil prices higher this year, the company expects to generate even more cash. Because of that and the improvements in its balance sheet, the company initiated a quarterly dividend. That follows in the footsteps of most of its peers, which have been returning an increasing amount of their free cash to shareholders in recent years.

However, Matador is also deviating from the strategy of most rivals by increasing its capital budget, which will enable it to boost its production. The company plans to invest between $525 million to $575 million on drilling, completing, and equipping wells this year, a 22% increase from last year's $450 million budget at the midpoint. Fueling that increase is the company's decision to add a fourth drilling rig to accelerate its drilling program on Federal land in the Permian Basin in case the Biden administration makes moves that could affect its operations. As a result, the company expects its total oil production to rise by 10% this year. That will enable it to make even more money this year if oil prices hold up. 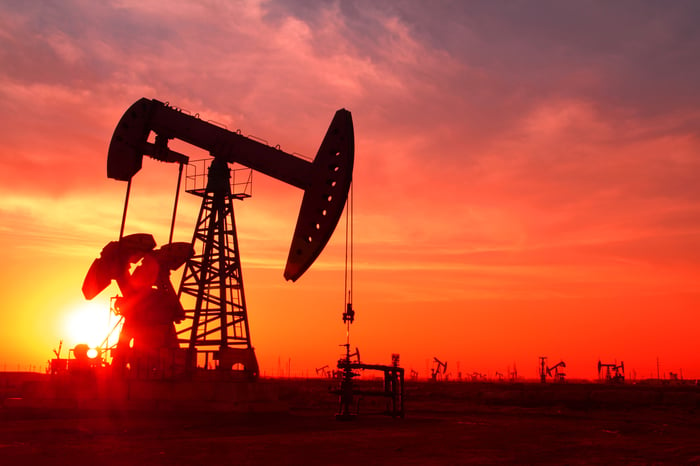 Betting big on the future of oil

EOG Resources (EOG -3.80%) is also ramping up its investment program this year. The oil company plans to spend between $3.7 billion and $4.1 billion on capital projects, up from nearly $3.5 billion last year.

On the one hand, EOG's investment plan lines up with the rest of the industry as it will only complete enough new wells to keep its oil production flat with where it ended 2020. However, the company is investing more capital into other projects, including its exploration program and investment to reduce its carbon emissions. Fueling those incremental investments is its desire to "position EOG to be a significant part of the long‐term energy solution," according to CEO Bill Thomas.

The company aims to eliminate routine natural gas flaring in its operations by 2025 and reach net-zero greenhouse gas emissions by 2040. The company hopes that these moves will enable the fossil fuels it produces to compete against cleaner alternatives.

That's why it's also ramping up its exploration program so that it can find new sources of low-cost oil and gas. Thomas stated: "We continue to press forward in our exploration efforts and are allocating more capital in 2021 to test high‐impact oil plays and lease acreage. While much of the industry is scaling back or abandoning exploration, we are confident that our pipeline of new high‐return plays can significantly increase the long‐term value of EOG and we are pursuing them aggressively."

This strategy could pay big dividends if the shift toward renewables doesn't accelerate much more in the future since that suggests the economy will continue consuming lots of crude oil and natural gas. However, if the adoption of alternatives increases and new low-cost, low-carbon options emerge, the company's strategy could backfire.

Bold bets on the future of the oil market

Matador Resources and EOG Resources believe the oil market will continue recovering, even as the global economy shifts to clean fuel sources. That's why they're boosting their capital spending plans. While those strategies could pay big dividends if oil demand strengthens, they could backfire if that doesn't happen. Their decision to go against the grain makes them higher-risk, higher-reward oil stocks.