Please ensure Javascript is enabled for purposes of website accessibility
Log In Help Join The Motley Fool
Free Article Join Over 1 Million Premium Members And Get More In-Depth Stock Guidance and Research
By Alex Carchidi - Mar 4, 2021 at 6:20AM

SPAC-mania is in full swing, and the healthcare sector is starting to pop with new offerings.

Unless you've been living under a rock, you know that special purpose acquisition companies (SPACs) are, for the moment, the trendiest way for healthcare companies to go public. When a business merges with a SPAC to go public, it gets the benefit of a meaty cash infusion, but it doesn't need to do the exhaustive paperwork required of an initial public offering (IPO). That's perfect for companies that need to make big capital expenditures for growth in the short term, and it also lets the public investing community get access to (potential) returns that are typically reserved for private equity investors.

The trouble with SPACs is that you don't know what company's stock you'll eventually own when you first buy shares in the shell company. Thus, it's difficult to judge the quality of the investment before the merger deal is announced. Nonetheless, you can learn a lot about individual SPACs by looking at the investing team, so let's dive in and examine a pair that could be promising in the future. 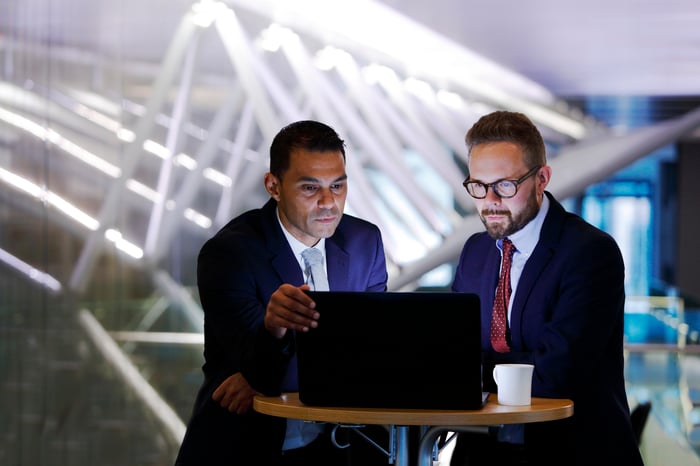 Health Assurance Acquisition Corp (HAAC 0.10%) aims to merge with a "health assurance" company. If "health assurance" is an unfamiliar concept to you, you're not alone. The SPAC's CEO, Hemant Taneja, is pioneering the concept, defining health assurance as "an emerging category of consumer-centric, data-driven healthcare services that are designed to bend the cost curve of care and help us stay well."

So it looks like the SPAC will be searching for a healthcare technology company that might be along the lines of GoodRx, which helps consumers find the lowest prices for their prescription medications. That could prove to be especially lucrative if the U.S. doesn't overhaul its healthcare insurance system in the next few years. On the other hand, investors should be aware that such cost-cutting business models in healthcare are exposed to a significant downside risk in the event that sweeping legislation changes the competitive landscape in the future.

After its IPO worth $500 million in November of 2020, HAAC's market cap grew to around $655 million. At the moment, it's impossible to say exactly how much money a merger target might receive from a future deal, so investors should stay tuned.

Once it announces a merger target, investors may be interested in purchasing warrants separately from shares. Since late December, warrants are traded under the ticker HAACW, whereas combined securities bearing both class A shares and fractions of warrants are traded under HAACU. If you're not sure what any of this means, don't sweat it -- buying shares of HAAC will be sufficient to benefit from the realization of a merger, and it'll entitle you to owning shares of the new entity.

FS Development Corp II (FSII) is the second SPAC launched by Foresite Capital CEO and investor, Jim Tananbaum. Based on his first SPAC's deal with Gemini Therapeutics in October of last year and Foresite Capital's portfolio of investments, it's safe to say that FSII's target company will probably be an early to mid-stage biotech or a life sciences information technology company. That means the potential upside of the stock is likely to be quite high, but also that investors may need to wait months or even years before a deal yields significant gains.

Right now, FSII's market cap is around $273 million, which is significantly higher than its IPO of $175 million. Unlike other SPACs, there are no warrants available to purchase, so buying shares directly is the only way to get exposure to its upside. It'll have two years to find a target to bring public, but investors may not need to wait that long.

Tananbaum's previous deal took only two months from the SPAC's IPO to the closure of its merger. So keep a closer watch on this SPAC than others. Between its relatively small value and the substantial potential for its early-stage target to grow wildly in the long run, it could be prove to be your most lucrative option.