Please ensure Javascript is enabled for purposes of website accessibility
Log In Help Join The Motley Fool
Free Article Join Over 1 Million Premium Members And Get More In-Depth Stock Guidance and Research
By Robin Hartill, CFP® - Updated Mar 10, 2021 at 10:00AM

Practically everyone gets these five things wrong.

When the stock market is surging, everyone recognizes that a crash could present amazing opportunities. But when the market actually crashes, fear can take over -- we see that tens of thousands of dollars have seemingly vanished from our 401(k)s and we panic.

Not knowing just how dismal things could get, we make less-than-rational decisions. If you don't want emotions to take over next time the stock market crashes, don't fall for these five wealth-killing myths. 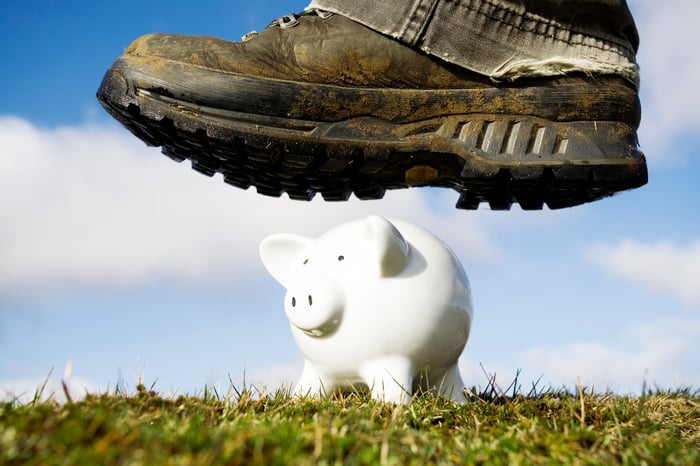 Myth 1: You can avoid risk by investing conservatively

When you buy into the myth that conservative investing is less risky, you're ignoring the very real risk of inflation. This can hurt your finances if you allocate too much in bonds rather than stocks when you still have well over a decade until retirement. The minuscule interest payments you're getting from bonds often aren't enough to keep pace with rising costs.

But there's another fallacy, which is the myth of the recession-proof investment. All investments are affected to some degree by the economic cycle. In the 2020 crash, even so-called defensive stocks in sectors like consumer staples, healthcare, and utilities tanked along with the rest of the market. Stocks in these sectors have also been slower to recover compared to the overall S&P 500 index. 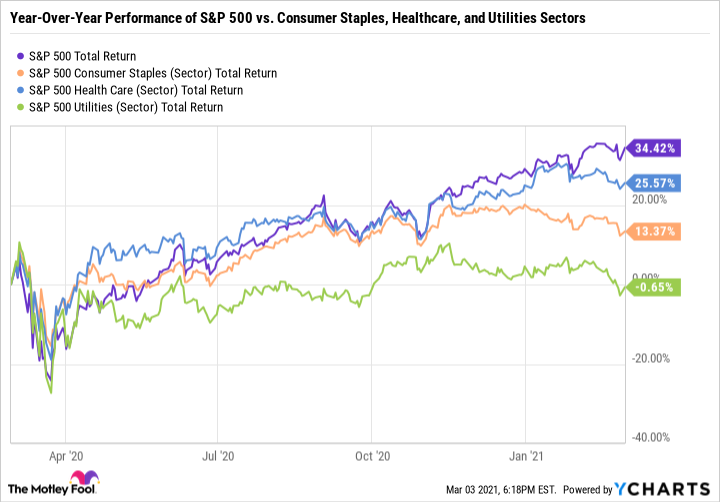 Myth 2: You permanently lose money just because the market crashed

You only permanently lose money in the stock market when you sell at a loss. But that can be hard to accept when you're obsessively checking your investment accounts and you're watching your net worth plummet on screen.

Next time the market crashes, stay calm, don't cash out, and try to avoid monitoring your accounts too frequently. If you're approaching retirement or expect to need the money in the next few years, take action now and cash out some investments before the market crashes.

Myth 3: If the stock market just crashed, a bear market is ahead

A stock market crash doesn't mean a prolonged bear market is ahead. The S&P 500 took just 126 trading days to soar above its February 2020 peaks after the COVID-19 crash. Admittedly, that was the most rapid recovery in history, and we shouldn't always expect the market to bounce back so quickly.

But the point is that a crash doesn't spell doom for the market, even in the short term. That's especially true when stocks tank because of panic rather than a deeper economic malady, which is what happened last March.

Myth 4: If the market crashes today, it's a sign that tomorrow will be another bad day

If you sell off after a bad day, you're bound to miss some of the market's best days. A JP Morgan Chase study found that between January 2000 and April 2020, seven of the market's 10 best days came within two weeks of the worst ones.

Myth 5: Invest as much as possible just because the market crashed

Panic isn't the only type of fear that takes over after a stock market crash. FOMO, or fear of missing out, is huge.

While it is a good idea to have some cash set aside so you can invest more after a crash, the market won't always rebound as quickly as it did in 2020. If you invest after a crash, you need to be prepared for the possibility that it could sink even further.

Having an emergency fund and getting rid of high-interest debt are much more important than scoring stocks at a low price. You'll be protected against having to sell at a loss should you encounter an unexpected expense. Stay calm and resist the urge to invest everything in the stock market. Once you're on stronger financial footing, you can use the next stock market crash as an opportunity.