Some electric-vehicle stocks are faltering, but Fisker is having another great day. Here's why.

Shares of electric-vehicle start-up Fisker (FSR 4.17%) were trading higher on Wednesday, after a key Wall Street analyst raised his price target for the company's shares.

In a new note on Wednesday morning, Citibank analyst Itay Michaeli raised his firm's price target for Fisker to $31, from $26, and reiterated his earlier buy rating on the shares.

Michaeli wrote that he's feeling more confident about Fisker's long-term prospects after Fisker's fourth-quarter earnings report last month, a review of web traffic trends, and a recent discussion that the analyst had with executives at supplier Magna International (MGA 2.01%). Michaeli thinks that there will be several product, brand, and business-development announcements throughout the year that could serve as a "catalyst" to move the stock higher. 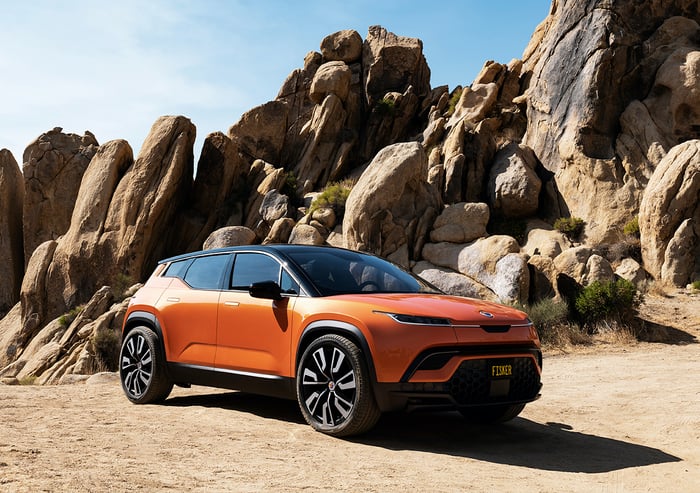 Fisker said this week that it's on track to launch its first model, the electric Ocean SUV, late next year. Image source: Fisker, Inc.

Michaeli also noted that recent Fisker events have led to an acceleration in retail reservations for the company's upcoming Ocean electric SUV. That, and the ongoing rebound of some electric-vehicle stocks following last week's sell-off, is likely why Fisker is trading higher today.

Among the recent events mentioned by Michaeli: Fisker said on Tuesday that it now has over 14,000 reservations for the Ocean, including orders from some commercial-fleet operators. Those fleet orders include one for 300 Oceans from Viggo, a Danish ride-hailing service, that was signed late last year.

CEO Henrik Fisker said that he is "encouraged" by the interest from commercial-fleet operators.

Fisker also confirmed that the company is on track to begin production of the Ocean at a Magna-owned factory in the fourth quarter of 2022, as previously announced.