Find out which of these beaten-down companies looks like the best buy.

The stock market has been going through a lot of volatility lately, and the Nasdaq Composite (^IXIC -0.30%) has found itself on the short end of the stick. Yet on Thursday, the Nasdaq is holding its own again. In fact, as of 1:45 p.m. EST today, the growth-stock benchmark had managed to gain more than 2.5%, leading the rest of the market higher.

A lot of well-known growth stocks have taken a lot of punishment in recent weeks, as investors suffered a crisis of confidence in the prospects for many promising companies. On Thursday, though, things seemed to be turning around. In particular, shares of MercadoLibre (MELI -3.23%), Okta (OKTA 1.43%), and PayPal Holdings (PYPL -0.91%) are outpacing the Nasdaq's gains and aiming to bounce back fully from their setbacks in late February and earlier this month. 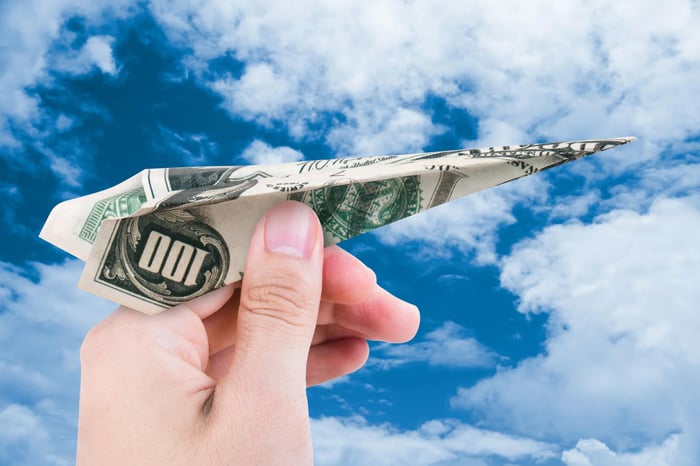 Less than a week ago, shares of MercadoLibre were down as much as 30% from their highs from earlier this year. Yet they've bounced back considerably, with today's nearly 10% gain helping to claw back lost ground.

The Latin American e-commerce specialist got a vote of confidence from analysts at BTIG on Thursday. They upgraded the stock from neutral to buy and set a price target of $1,720 per share. That provides MercadoLibre with additional upside of another 10% even from this afternoon's elevated price levels.

BTIG likes the strategy that MercadoLibre has been following, especially given the way that it has been able to add in ancillary services to its core e-commerce marketplace. The Mercado Pago payment network has been a hit all on its own, and it's generating considerable traffic from outside the MercadoLibre ecosystem. It also appears that the company is gaining market share overall from other players in the key Brazilian market.

Shares of Okta were up 8%, continuing an advance that has taken the cyber-identity specialist's stock up about 20% from its recent lows. The stock was down as much as 30%, but fundamentally, Okta looks like it's doing things right.

The company originally lost ground when it reported fourth-quarter financial results last week. Despite year-over-year revenue gains of 40% and a modest profit for the period, investors weren't sure how to take guidance that suggested somewhat slower revenue growth and a possible loss.

Also raising a few questions was Okta's $6.5 billion acquisition bid for privately held Auth0, which focuses on customer identity management. That's a growth area, and some have said that the Auth0 product actually has some advantages over Okta's competing offering that made a buyout a win-win for Okta. Yet when the market was losing faith in growth stocks, it seemed like an ill-timed foray.

It's clear, though, that Okta isn't going to have any shortage of clients looking for identity verification services. That awareness is lifting the stock once again, and it could help build more momentum for Okta in the long run.

Lastly, shares of PayPal Holdings gained about 5%. The payment network specialist has taken a 25% hit, but it's rising on a number of strategic moves.

First, PayPal recently finalized its agreement to buy Curv, a cryptocurrency security company. Crypto has been a big business for PayPal since late last year, when it started offering select tokens through its app. With crypto prices back near record levels, investors are excited about the potential for PayPal to keep competing effectively in the space.

Meanwhile, PayPal has also embraced efforts to allow customers to make purchases using short-term installment plans, breaking up purchase prices into four payments. PayPal's Pay in 4 service isn't the only one in the business, but it represents the company's competitive entry into the space. Together, all these factors are making people feel good about PayPal once again.

Volatility is hard to endure, but selling at lows rarely works out. The recent gains in PayPal, Okta, and MercadoLibre show that strong businesses can bounce back from adversity and reward shareholders who stay the course.

Is Global E-Commerce Really at Risk?

These 2 Stocks Are Popping After Hours Tuesday

Should You Bail Out of These 2 Sinking Nasdaq Stocks?

These Nasdaq High-Flyers Are Getting Exactly What They Need Today