Even on a lousy day for marijuana stocks on Tuesday, Village Farms International (VFF 4.10%) was a notable underperformer. The company's shares fell by nearly 11%, on the back of quarterly results that didn't fully meet expectations. 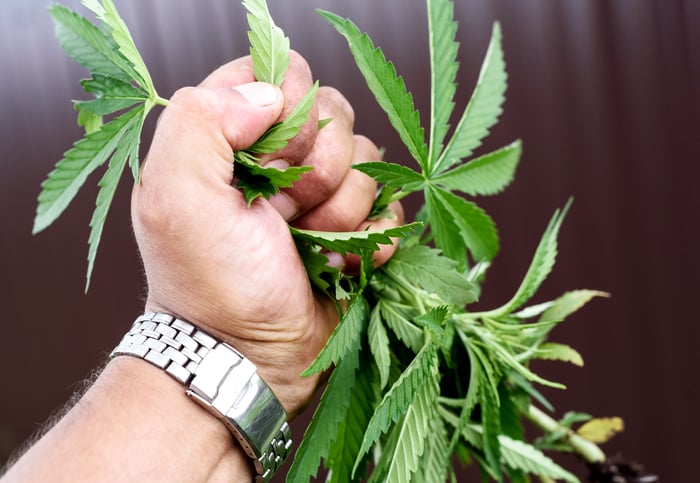 However it was a mixed quarter as far as analyst estimates go. Prognosticators following the stock were expecting only $0.01 per share in net profit, however they were modeling nearly $54 million for total sales.

During the quarter, Village Farms gained full control over marijuana company Pure Sunfarms. That was a big factor in the Q4 growth, as the latter saw nearly 250% year-over-year sales growth in its popular retail products.

Due in no small part to the growing importance of the successful Pure Sunfarms to its business, Village Farms' stock has been on a tear this year. While the Q4 results aren't necessarily upsetting, that price rise set up the company for an easy disappointment.

Village Farms bulls shouldn't be discouraged. The company has much to look forward to -- Pure Sunfarms has good momentum behind it, particularly with its recent rollout of its first edible products. It's a good bet that these will be as popular as the unit's dried flower offerings.