It will create the only railroad with owned track running from Canada to Mexico.

Canadian Pacific Railway (CP 0.23%) is set to create the only true North American railroad whose rails will stretch from Canada, through the U.S., and down into Mexico.

The Financial Times reports the Calgary-based railroad will be acquiring Kansas City Southern (KSU) for $275 per share, or $25 billion, in a cash and stock deal. The purchase will need to be approved by the Surface Transportation Board, which regulates railroad rates, mergers and acquisitions, and disputes among railways. 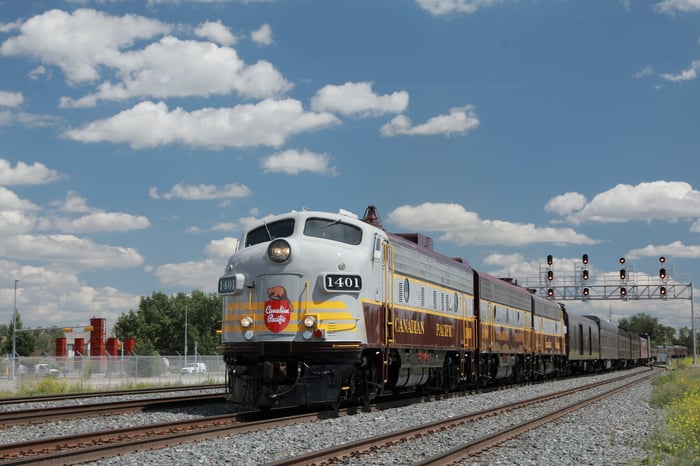 While Canadian Pacific is currently able to access Mexican markets through agreements with other railroads, the purchase of Kansas City Southern will now allow it to directly enter them through its own system.

The two railroads connect at just one point -- in Kansas City, Mo. -- and the union will create a system with about 16,400 miles of track.

Mexico is Kansas City's most important market, accounting for more than half of all revenue, with the rest coming from various Midwest routes. It's expected to become even more important in a Biden administration, which is expected to relax trade restrictions President Trump imposed.

Both railroads were hurt by the COVID-19 pandemic because of restrictions to limit the spread of the virus, but with the widespread distribution and administration of vaccines, railroads are expected to see more business.

In addition to a direct route to Mexico, the acquisition will give Canadian Pacific additional access to overseas markets through Kansas City Southern's Gulf of Mexico port routes, including Brownsville, New Orleans, Houston, and Lake Charles.

Kansas City Southern was previously approached by private equity firm Blackstone Group and Global Infrastructure Partners, one of the world's largest infrastructure investors with some $71 billion in assets, which offered to buy the transportation stock for $20 billion. That offer was rejected.

This Railroad Wants to Split Its Stock After a Massive Rally