Please ensure Javascript is enabled for purposes of website accessibility
Log In Help Join The Motley Fool
Free Article Join Over 1 Million Premium Members And Get More In-Depth Stock Guidance and Research
By Rich Duprey - Updated Mar 22, 2021 at 8:33AM

The global online betting giant's parent company says only a small portion of its business would go public.

After media speculation that a listing was possible, Flutter Entertainment (PDYPF 3.35%) announced earlier this month it was considering putting up a small portion of the business, but had not made any determination. 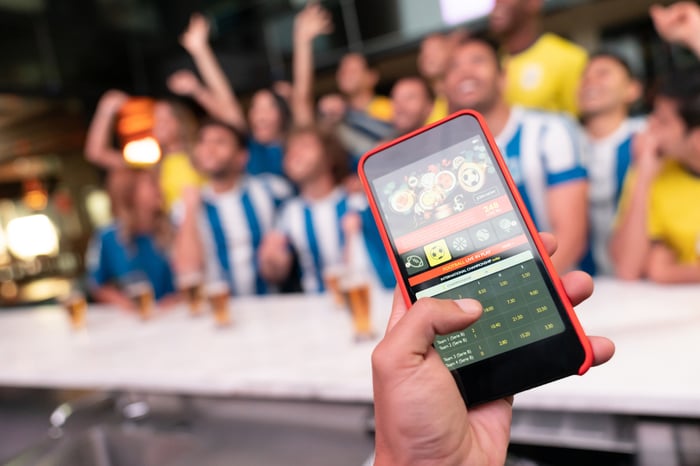 Sports betting is getting big in the U.S. and analysts are expecting it could grow to more than $19 billion annually by 2025, a fast leap forward after a ban on such wagers was declared unconstitutional in 2018. Analysts think it could go significant higher if micro betting, or betting on outcomes as an event is in progress, becomes as big in the U.S. as it is in the U.K.

FanDuel is the largest sports betting operation in the U.S. with a 40% share of the market, and Flutter says the service generates more revenue than the next two biggest competitors combined.

DraftKings (DKNG 4.59%), which itself went public last year through a reverse merger with a special purpose acquisition company, or SPAC, is the second-biggest sports betting site with about a 25% share. It generated $614.5 million last year, up 90% year over year.

Analysts estimate there is a 35% potential gain for Flutter's valuation with a FanDuel IPO and are assigning it a valuation similar to DraftKings.

Allowing just a small portion of FanDuel to be publicly traded, however, means Flutter would still control the operation.

Will a FanDuel and Fox Partnership Be a Sports Betting Powerhouse?