Please ensure Javascript is enabled for purposes of website accessibility
Log In Help Join The Motley Fool
Free Article Join Over 1 Million Premium Members And Get More In-Depth Stock Guidance and Research
By Keith Noonan - Mar 25, 2021 at 7:15AM

Investing that stimulus check in one (or all) of these promising companies could have big payoffs.

Roughly one year after the first coronavirus pandemic-related stimulus bill was signed into law in the U.S., qualifying Americans are now receiving their third round of direct stimulus payments. For investors who already have an emergency fund in place and all their bills and necessities covered, attention may turn to how a stimulus payment of as much as $1,400 can be effectively put to work on the market.

Stocks have gotten off to a volatile start early in 2021, with tech- and growth-focused stocks seeing high volatility, but there are still strong companies in the space that are poised to thrive.

Read on for a look at three stocks that could help multiply the value of your $1,400 stimulus check. 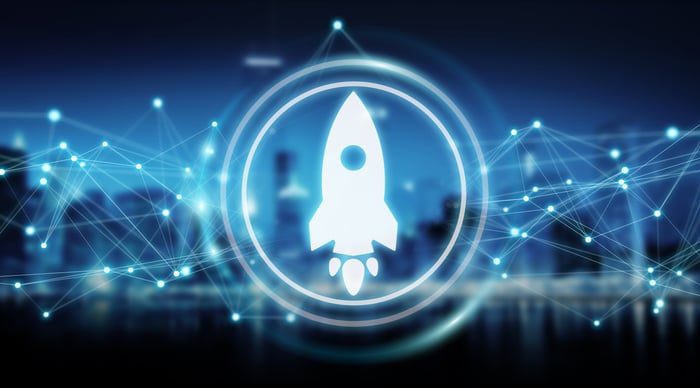 Digital advertising is at the foundation of the internet experience. Whether through data gathering for targeting or serving you advertisements directly, most internet pages rely on digital ads to keep their businesses running. With video content increasingly moving to digital channels and away from cable and satellite television, advertising is also a fast-growing business in the streaming category.

With a market capitalization of roughly $2.2 billion, PubMatic is significantly smaller than competing programmatic advertising competitor Magnite -- which has a market cap of approximately $5.9 billion. However, PubMatic is showing it can land customers and boost average spending among clients, and the stock has big return potential if the company continues to carve out a space in its corner of the evolving digital advertising market.

With such powerful tailwinds for software businesses, it might come as a surprise that Zuora's stock performance has lagged tech-sector leaders. The company's share price is down roughly 59% from the high it hit in summer 2018, but investors shouldn't underestimate this subscription software innovator.

Zuora's goal is to be a facilitator in the growth of the overall subscription economy, but for now, most of its revenue comes from large customers. Large enterprises are typically reluctant to adopt major new software platforms and business model shifts during periods of economic uncertainty. The coronavirus continues to create substantial challenges across industries, but there seems to be a feasible path to recovery, and Zuora's business should have a more favorable operating backdrop as the world bounces back from the pandemic.

While the overall SaaS market may be fraught with elevated price-to-sales ratios even after a recent pullback, Zuora looks attractively valued, trading at roughly 5.4 times this year's expected sales. Long-term growth for the subscription economy actually looks like a pretty safe bet, and Zuora is positioned to be a leading player in the trend.

Eros STX Global (ESGC -2.69%) was formed last summer through the merger between Indian entertainment and streaming company Eros and U.S.-based film and television producer STX Entertainment. The small-cap stock looks risky, but it could have a big payoff for patient investors willing to weather potential volatility.

Eros STX is a small entertainment company with a market capitalization of roughly $478 million, and it's still reliant on debt and new share offerings to fund its operations. Running a streaming service and producing TV and film content are resource-intensive ventures. The hit-driven nature of the businesses and the competition in the field mean that investors should approach Eros STX with the understanding that the stock is a high-risk, high-reward play. However, its current valuation leaves room for explosive growth if the company can execute on its goals and tap into industry growth in years to come.

Eros already has roughly 36 million paid subscribers for its Eros Now subscription streaming service in India. That might not sound like a lot considering that Netflix has more than 200 million paying subscribers globally, and India has a population of roughly 1.4 billion people. However, the market for streaming video services in India is still pretty young, and the Eros Now service has lots of room for expansion.

There's a good chance that strong economic growth for India and rising discretionary spending power for its citizens will pave the way for the streaming model to see ramping adoption over the next decade and beyond. With Eros guiding for $1 billion in revenue in 2022, the company is trading at less than half of next year's sales target. That valuation leaves room for big gains if Eros STX manages to hit that target and continue growing from there.