Please ensure Javascript is enabled for purposes of website accessibility
Log In Help Join The Motley Fool
Free Article Join Over 1 Million Premium Members And Get More In-Depth Stock Guidance and Research
By Howard Smith - Mar 31, 2021 at 5:35AM

Investment goals may need to change depending on a person's stage in life. Warren Buffett has said, "Never risk what you have and need for what you don't have and don't need." Investors who have grown wealth over decades may find it hard to shift gears in later years to lower risk in their portfolios.

But reducing risk doesn't need to mean putting money in bonds or stashing it in bank savings accounts. Though there is risk in any stock investment, you can minimize it and still do well, beating the market even when that no longer needs to be the goal. Three stocks that can get you there are McCormick (MKC -1.55%), NextEra Energy (NEE 0.33%), and Costco Wholesale (COST 5.65%). Each has outperformed the S&P 500 over the past 10 years with lower risk, as measured by relative volatility, or the beta coefficient. A figure below 1.0 is less volatile than the index, and 10-year beta for these names ranges from 0.23 with NextEra to 0.62 for Costco.

McCormick: spicy without the burn

But McCormick adds another hedge with its business model, as its consumer-business segment represented only 61% of pre-pandemic sales in 2019. Its flavor-solutions segment took a hit as commercial sales to restaurants, hotels, and other businesses were depressed during the pandemic. The balance between the two segments lessens the risk for investors, as 2020 showed with overall sales increasing 5%, even as sales on the commercial side dropped.

McCormick has also been a reliable payer of dividends. The company most recently increased the payout by 10% in November 2020, giving the stock a dividend yield of about 1.4%. Last year was the 35th consecutive year that McCormick has increased its quarterly dividend, which is now double the amount paid in 2013. 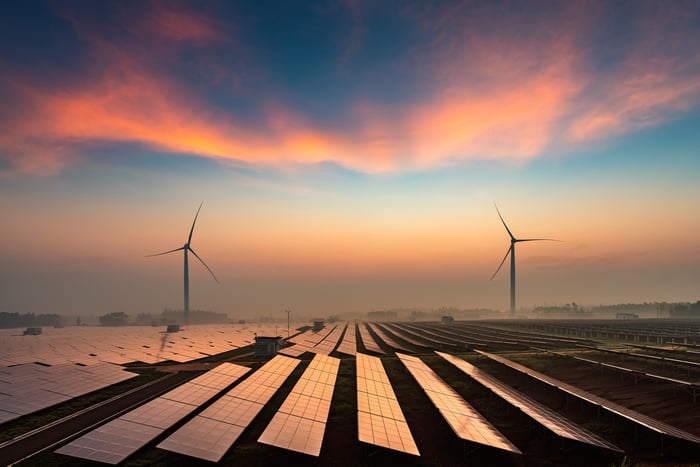 NextEra Energy, the parent of electric utilities Florida Power & Light and Gulf Power, said in its recent investor presentation that it expects to continue to increase its annual dividend by about 10% through 2022. That's a nice backstop for investors looking to maintain an income source. And there's a growth component to the company, with its NextEra Energy Resources subsidiary.

The global leader in wind and solar power currently has a backlog of renewable energy projects that's larger than its existing portfolio, making it a growing business in a fast-growing sector.

Adjusted earnings per share increased 10.5% in 2020 versus the prior-year period. That beat the 10-year compound annual growth rate of about 8%. This leads among the top 10 power companies, and is almost triple the average of the group. The results give NextEra Energy confidence to predict between 6% and 8% annual earnings growth through 2023.

Costco: good for employees (and shareholders)

Costco, the third largest global retailer, is known as a good employer to its 275,000 workers. The company led retailers in raising its starting wage to $15 per hour in 2019, and said last month that it will now increase that to $16. CEO W. Craig Jelinek told lawmakers at a Senate hearing that the pay rate isn't just goodwill: "At Costco, we know that paying employees good wages...makes sense for our business and constitutes a significant competitive advantage for us. It helps us in the long run by minimizing turnover and maximizing employee productivity."

The business' success is unmistakable. Costco membership has a renewal rate of 91% in the U.S. and Canada. And the company shares that success with investors as well as employees. In December, Costco paid out a $10 special dividend to shareholders. Over the last 10 years, the return from Costco shares was about 400%. But the total return including dividends was 550%, highlighting the substantial added benefits from those payments.

None of these companies are risk-free. In fact, risk level with stocks is inevitably higher than some more-conservative asset classes. But returns and risk level typically go hand in hand, and to beat inflation in the long term, everyone should have some amount invested in stocks.

McCormick, NextEra, and Costco offer a diverse, lower-risk option for investors. And history has shown that returns can even outperform the broader stock market with quality companies such as these.