Please ensure Javascript is enabled for purposes of website accessibility
Log In Help Join The Motley Fool
Free Article Join Over 1 Million Premium Members And Get More In-Depth Stock Guidance and Research
By Courtney Carlsen - Updated Apr 8, 2021 at 10:23AM

The innovative insurer looks to AI and machine learning to disrupt the industry.

The World Economic Forum says that the fourth industrial revolution is upon us. The organization uses this phrase to describe the ongoing automation of the world, powered by widespread smartphone usage, Internet of Things devices, decentralized systems, and big data analytics which has given rise to machine learning and artificial intelligence.

One company positioned on the cutting edge of the fourth industrial revolution is Lemonade (LMND -6.43%), a player in the emerging field of insurance technology -- insurtech for short. And the potential for its tech-focused approach to the staid field of insurance makes it an appealing long-term investment option. 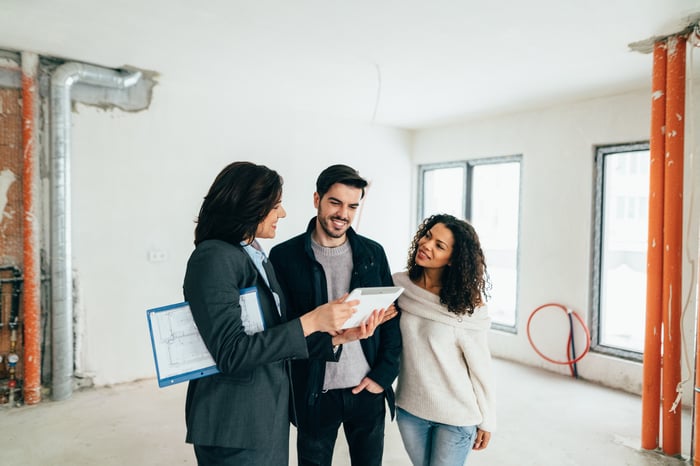 Insurance for the next generation

Lemonade is not your typical insurer. It focuses heavily on data-mining and on automating the insurance process, which is why it created a state-of-the-art platform that wraps marketing, underwriting, customer care, and claims processing together. From AI chatbots that handle customer onboarding and claims processing to machine learning algorithms that price risk, everything that can be made digital has been. And at every step along the way, the company collects thousands of data points, which it uses to underwrite better insurance policies.

With its user-friendly platform, it's designed to appeal to millennials and Gen Zers, and it's aiming to make the customers it acquires today customers for life. That's a big reason why the company started with a focus on renters insurance -- 90% of its new customers are first-time buyers of this type of policy.

The company uses its high level of automation to drive down its costs, and it passes the savings on to customers. In the two to three minutes that prospective customers interact with its AI chatbot, called AI Maya, they will typically answer 13 questions before receiving a quote. However, the real magic is happening on the back end. 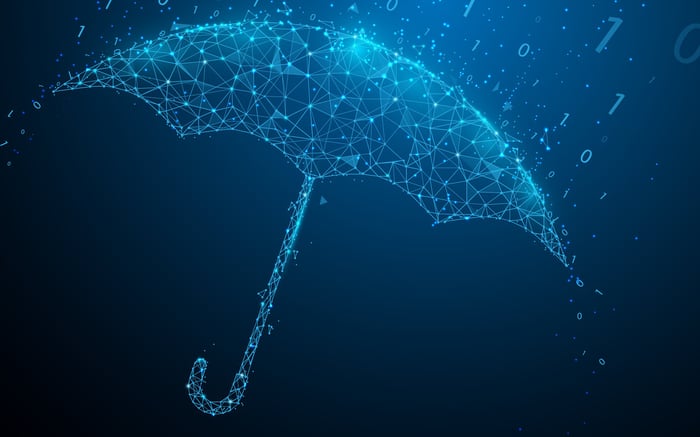 During a potential customer's chat with AI Maya, Lemonade logs every key aspect of the interaction,  generating 1,700 data points that it uses to analyze the risk and determine its policy quote.

Indeed, Lemonade says that its business is data science. As it continues to collect more data on new and existing customers, its underwriting should continue to get more efficient. Consider this: The company averages 21 releases of new code daily. Not annually, not monthly -- daily.

The company invests heavily in technology and efficient, effective digital interactions, which is appealing to its younger target market. Its popular renters insurance policies cost its customers $150 annually, on average. However, when those customers progress in life and begin purchasing homes or condos, Lemonade will be ready. It has already expanded into areas like homeowners insurance, and recently announced its moves into pet coverage and life insurance.

"Graduating" customers to those upgraded insurance options will be another key to Lemonade's growth: 8.1% of its condo and homeowners insurance policies were sold to people who had previously purchased its renters insurance. This is where Lemonade can start to make serious money -- its average homeowners and condo insurance premiums run to about $1,000 annually.

The company has certainly done a good job of maintaining customer satisfaction. It boasts a net promoter score of 70, which is considered to be world-class. The insurance industry averages a score of only 37.

Struggles from the Texas freeze

Lemonade's stock got off to a blistering start. As of mid-January, it was up more than 276% from its $50 opening price when it went public last July. However, the stock has cooled off significantly since then. At the end of March, it was down 57% from its peak. That decline can partially be attributed to the massive freeze and power outage that hit Texas in February.

"It quickly became the largest catastrophe we, as a company, have ever contended with," said CEO Daniel Schreiber during the March earnings call, "and it tested both our people and our financial model in important ways." Because 25% of the company's customers are in Texas, it expects to report that its gross loss ratios spiked in the first quarter. However, the company is confident that its models and reinsurance coverage will help it weather the storm without a material impact on its overall 2021 financials.

Lemonade could be a serious disruptor

Lemonade is out to change insurance as we know it, and it has done a tremendous job of leveraging technology in its efforts to do so.

In the fourth quarter, the company grew its in force premiums by 87% year over year, thanks in part to new pet insurance and life insurance products. The company noted that 40% of its new product sales were for policies outside of the renters insurance category. During its earnings call, management also teased plans for a new product it will launch this year, but was mum on the details.

As Lemonade improves its insurance models and grows its customer base, its systems will only get stronger. While the stock got beat up last quarter due to the weather catastrophe in Texas, it is still certainly a company worth long-term consideration from investors. If anything, the recent sell-off has given investors a chance to buy stock in this innovative company at a discounted price.