Please ensure Javascript is enabled for purposes of website accessibility
Log In Help Join The Motley Fool
Free Article Join Over 1 Million Premium Members And Get More In-Depth Stock Guidance and Research
By Katie Brockman - Apr 25, 2021 at 5:30AM

Investing in crypto could be lucrative. But is it right for you?

Cryptocurrency is the hottest new trend in the investing world. Although digital currencies have been around for over a decade, they have exploded in popularity over the past few months.

Bitcoin (BTC -4.85%) has been setting records this year, reaching a peak of around $63,000 in mid-April. Other cryptocurrencies like Dogecoin (DOGE -0.87%) and Ether (ETH -3.21%) have also been gaining popularity as investors scramble to jump aboard the cryptocurrency bandwagon. 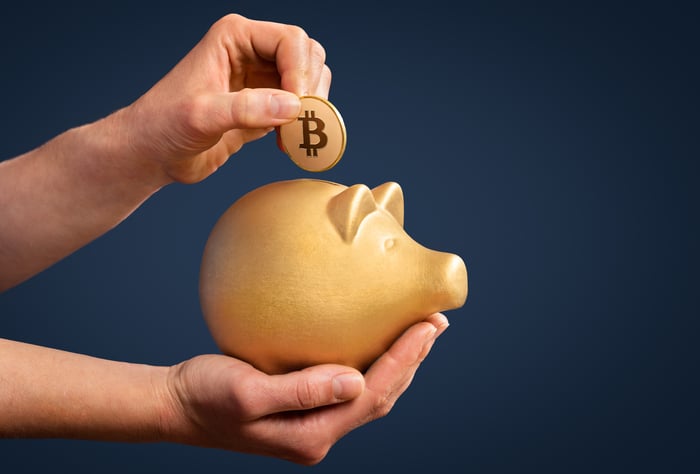 If digital currencies become mainstream, they have the potential to change society as we know it. Cryptocurrency supporters believe it will continue to become more widely accepted by merchants, increasing its value.

Venmo recently announced it would start accepting cryptocurrency as a form of payment, and its parent company, PayPal Holdings, also accepts crypto. In addition, companies such as Tesla and Square have made significant investments in Bitcoin, further legitimizing cryptocurrencies.

With more and more large companies getting on board with cryptocurrency, investing now could be a smart way to get in on the ground level, so to speak.

By investing now, you could potentially make a lot of money as cryptocurrencies become more widely accepted. For example, five years ago, in April 2016, Bitcoin cost just over $400 for one coin. As of this writing, Bitcoin is worth more than $54,000 per coin. If the price of Bitcoin continues to skyrocket, investing now could put you on the path to becoming rich.

That is a big "if," however, and there are plenty of risks involved in investing in cryptocurrencies as well.

The riskiest aspect of cryptocurrencies is the uncertainty surrounding them. We're in uncharted territory right now, and nobody knows whether cryptocurrency will eventually become mainstream or not.

No matter how popular cryptocurrencies become among investors, they can't succeed over the long term if they're not widely accepted by merchants.

Cryptocurrencies can also be incredibly volatile, which adds to their risk. Bitcoin, for example, has lost more than 80% of its value in the past, and it's experienced multiple significant falls over the past few months. 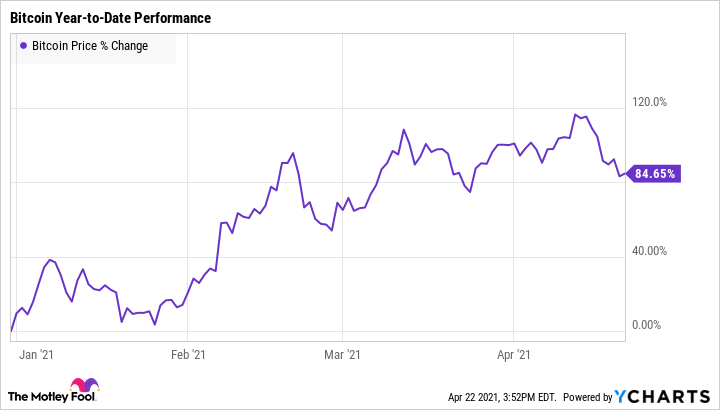 Volatility isn't always a bad thing, but it can be tough to stomach as an investor. If you're the risk-averse type, investing in cryptocurrency right now could lead to a lot of sleepless nights.

There are also risks involved in owning cryptocurrency itself. Buying cryptocurrency directly involves purchasing coins through a crypto exchange -- not a traditional stock market exchange. You'll also need a digital wallet to store your coins, which can be a security risk if you're not careful. Wallets can be hacked, and if you lose your password, you have no way to access your investments.

Is cryptocurrency right for you?

Whether or not cryptocurrency is a smart investment for you will depend on your risk tolerance and your investing style.

Think about how you would react if your crypto investments fell by 20% overnight. What if they dropped by 50%? What about 80%? If you know you'd either lose sleep or panic-sell your investments in any of these scenarios, cryptocurrencies may not be the best fit for your investing style. 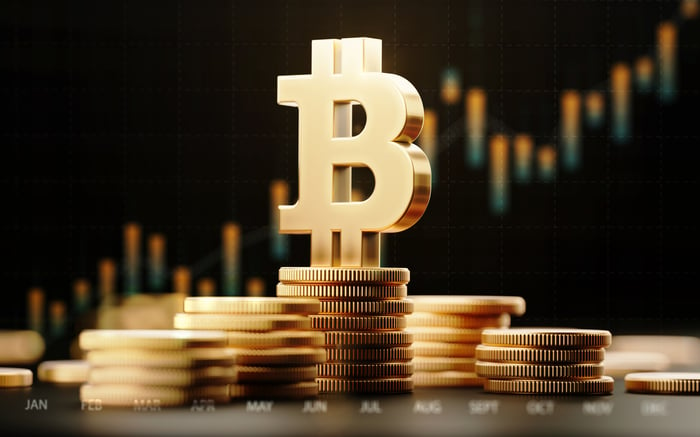 On the other hand, if you have cash to spare and are willing to take on more risk, adding some cryptocurrency to your portfolio may not be a bad move. Just be sure you're only investing money you can afford to lose, and double-check that the rest of your investment portfolio is well diversified. That way, if cryptocurrencies end up crashing and burning, you have plenty of strong investments to fall back on.

Finally, if you do choose to invest in cryptocurrency, choose your investment wisely. Bitcoin is by far the most popular cryptocurrency, but it's not the only option. So before you invest, be sure you've done your homework to decide which digital currency is right for you.

Cryptocurrency is quickly gaining popularity among investors, but that doesn't necessarily mean it's the right investment for you. If you're comfortable with risk and the rest of your portfolio is strong, you might be able to afford to gamble on crypto. Otherwise, it's wise to steer clear for now.