Please ensure Javascript is enabled for purposes of website accessibility
Log In Help Join The Motley Fool
Free Article Join Over 1 Million Premium Members And Get More In-Depth Stock Guidance and Research
By Ryan Henderson - May 8, 2021 at 9:09AM

Even with a history of growth, investors continue to underestimate these companies.

Despite strong underlying performance and long runways for growth, investors continue to count out each of these three stocks for one reason or another. But if investors tune out the noise and focus on the fundamentals, these discount valuations should offer attractive returns from here on out. 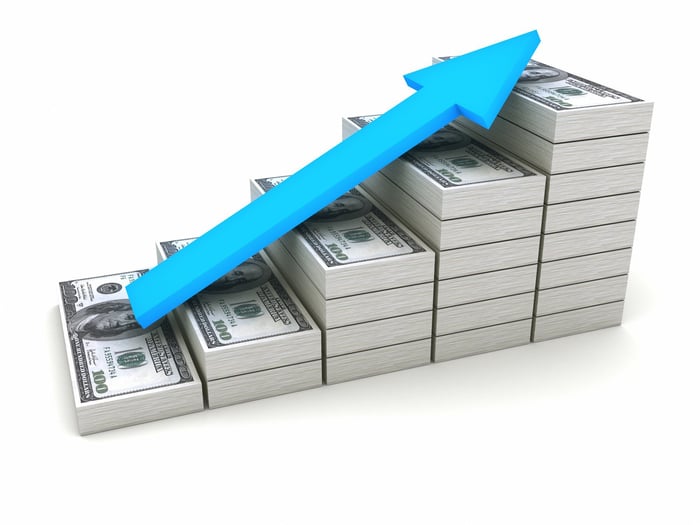 Sprouts Farmers Market is a fresh-produce and health-focused supermarket chain with more than 360 locations across the United States. Unlike traditional grocers, Sprouts offers a differentiated customer experience thanks to its smaller store size and unique layout. The average Sprouts is between 28,000 and 30,000 square feet, far smaller than most of its peers. Additionally, Sprouts offers an open layout with low shelves so customers can see and access everything and get in and out quickly. With a strong selection of fresh alternatives, customers get a quality shopping experience with attractive prices.

The company also underwent a management change in 2019 when it hired Jack Sinclair as the CEO. He had previously been the executive vice president for U.S. Grocery at Walmart. Since the change in leadership, Sprouts is now implementing its expansion strategy and generating strong cash flow in the process. Though the company is only planning to expand its store count about 6% in 2021, management has stated it expects to accelerate that growth to 10% in 2022 and beyond. In the meantime, the company has reduced its long-term debt by more than 50% over the last year.

Revenue, store count, and operating profits all grew in 2020, but despite generating almost $500 million in operating cash flow throughout the fiscal year, the company trades at only a $3 billion market cap. For investors with a long time horizon, Sprouts Farmers Market offers lots of upside with a high margin of safety.

A boring business with exciting returns

Nelnet is a mini-conglomerate based in Lincoln, Nebraska, with a history of growing book value (total assets minus total liabilities) per share at 17.3% a year. The company's roots originated with student loans, but after the federal government took over the lending program in 2010, the company has seen guaranteed cash flow come in year after year.

Right now, Nelnet is expecting to recognize more than $1.5 billion in cash flow over the next five years with plans to redeploy that cash into its other operations. Some of those operations and investments include a loan servicing business, an education and payments software business, a fiber-optic cable operation, and a chartered bank franchise in Utah. While most of these businesses might not sound as exciting as some of the headline-grabbing companies in the market today, together, Nelnet's operations delivered $374 million in net income in 2020.

To piggyback on the impressive earnings, Nelnet dedicated more than $1 billion in cash to its operations and to shareholders in the past year alone. Though Nelnet's balance sheet can look somewhat daunting at first glance, it's worth remembering that the company has to report all of its outstanding loans as liabilities even though they are almost entirely guaranteed by the federal government. Due to the tricky financial statements, many investors tend to overlook Nelnet. At a trailing price-to-earnings (P/E) multiple of 8.2, there is limited downside risk for Nelnet shareholders.

The kings of gaming

Although Nintendo is a household name for families all over the world, its stock continues to trade at a significant discount to its peers. The primary reason is the cycles the company has gone through in the past. Previously, Nintendo's earnings power hinged on the success of individual video game consoles like the Wii. While this strategy was prosperous during the good times, the company struggled when its hardware fell out of favor. With investors keeping these cycles in mind, the stock only trades at a trailing P/E ratio of roughly 16.

However, Nintendo's success with its newest release appears to be much more sustainable. The Switch has been the best-selling console globally for the last three years, totaling about 85 million units sold. This total also includes a second iteration called the Switch Lite, which was also a success. With that much volume, Nintendo's game development has also become more profitable since it has a bigger installed base to sell into, and game purchases are largely digital. But the success doesn't stop there.

Nintendo is reportedly ramping up its production to add another 30 million Switch units in 2021 and is rumored to be launching a new, higher quality version of the Switch platform later this year. With growth looming ahead and the below-market valuation, Nintendo shareholders have plenty to be excited about.