Please ensure Javascript is enabled for purposes of website accessibility
Log In Help Join The Motley Fool
Free Article Join Over 1 Million Premium Members And Get More In-Depth Stock Guidance and Research
By Jeremy Bowman – May 14, 2021 at 5:48PM

Shares of the alternative fuel company gained after it reported earnings last night.

Shares of Gevo (GEVO 6.14%) were climbing today after the development-stage alternative fuel company posted first-quarter earnings results. With Gevo's revenue near zero, the focus seemed to be on progress at its Net-Zero 1 plant.

The stock closed up 24% on the report. 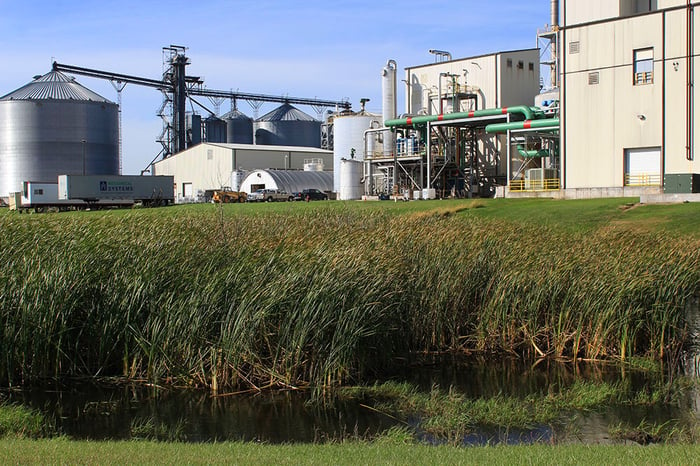 Gevo reported just $93,000 in revenue in the quarter, an operating loss of $9.9 million and an adjusted loss per share of $0.05, though the results were mostly irrelevant as the company is in the process of building out a plant that converts crops like corn into hydrocarbon fuels, such as gasoline and jet fuel. It says its technology will have a net-zero greenhouse gas footprint, offering a unique alternative to other forms of renewable energy.

In the earnings report, the company said that front-end engineering design work for Net-Zero 1 was on track and expected to be completed by December.

In April, Gevo broke ground on construction of a renewable natural gas project in Northwest Iowa that is expected to start running in the beginning of next year and generate $9 million-$16 million of cash annually.

The company finished the first quarter well capitalized with $525.3 million in cash and equivalents after raising cash through a direct offering, an at-the-market offering, and a "green bond offering."

The FEED engineering work is going well and is on schedule. The RNG plant is expected to be online in 2022 and begin to generate cash then. The interest in our product and the customer pipeline has increased significantly, which is extremely positive. Overall, things are going very well and we are successfully executing our business plans.

Gevo stock broke out late last year as the company announced plans for the Net-Zero 1 plant, and as excitement built around renewable energy stocks. With almost no revenue at the moment, the stock will continue to be volatile for the foreseeable future, but the first-quarter report shows that it's making progress on its key projects.