Yet another deal has now pushed Gevo's potential pipeline to above 1 billion gallons of fuel per year. 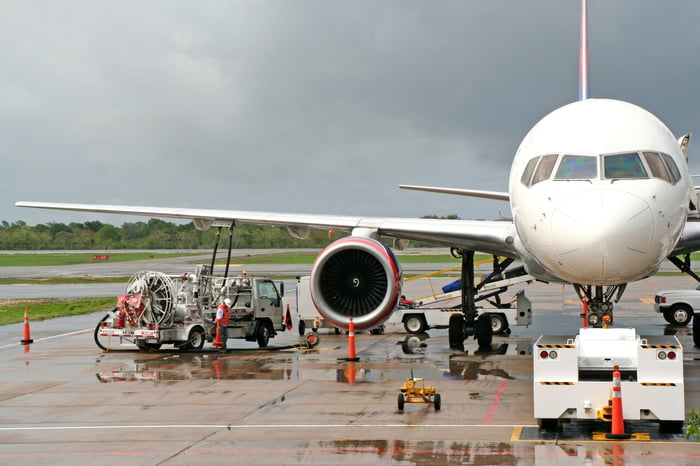 Monday morning, Gevo signed a memorandum of understanding with ADM under which it will process about 900 million gallons of ethanol produced at ADM's dry mills in Columbus, Nebraska, Iowa, and Illinois to produce nearly 500 million gallons of sustainable aviation fuel (SAF).

ADM stated that 900 million gallons represents more than half its production capacity and that its entry into SAF is among the many moves it's making to decarbonize. Gevo could potentially start producing SAF with ADM by 2025-2026 if the companies enter into definitive agreements as planned.

In September, Gevo even received a patent in the U.S. for its process of converting ethanol and other bio-based alcohols into "drop-in, bio-based diesel and jet fuel products."

Even after today's jump, Gevo's stock is trading almost 60% below its 52-week highs of $15.57 a share. So although developments like today's can drive the stock higher in the short term, Gevo will have to convert its pipeline into definitive contracts faster to develop conviction in the stock among investors in renewable energy, especially given its dizzying market capitalization of almost $1.4 billion despite its being years away from commercial production.