Please ensure Javascript is enabled for purposes of website accessibility
Log In Help Join The Motley Fool
Free Article Join Over 1 Million Premium Members And Get More In-Depth Stock Guidance and Research
By Jennifer Saibil - Updated May 22, 2021 at 12:14PM

The "buy now, pay later" company delivered strong results. But one financial metric, in particular, is the key to its future.

Fintech, or financial technology, is a growing industry that got a huge push from the pandemic. Even with stores now mostly open again, shoppers are continuing to use digital payment options, and that's great for the many fintech companies developing digital solutions for a better financial experience.

Affirm Holdings (AFRM 4.49%) is one such company. It provides "buy now, pay later" plans with no late fees for customers, as well as savings accounts. The company posted a mostly excellent earnings report for the third quarter of its fiscal 2021, but there was one crucial number in the report released last week that investors and potential investors need to pay attention to. 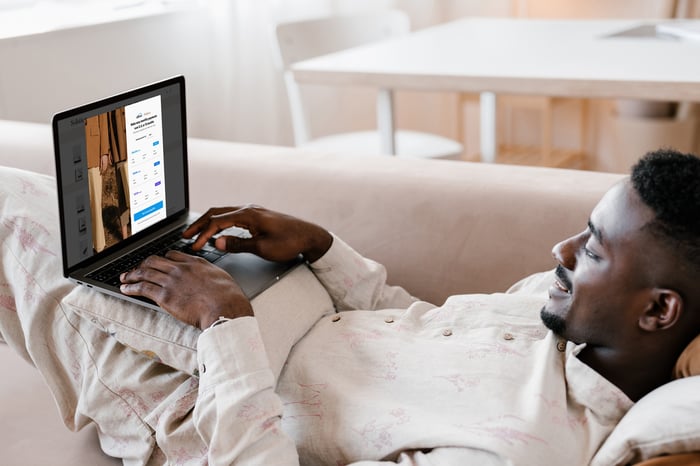 Affirm is too reliant on Peloton

Affirm's revenue increased 67% year over year in the third quarter to $231 million, easily beating internal guidance of $185 million to $195 million. That included $3.5 million that was recorded as a reduction in anticipation of the estimated financial impact of Peloton Interactive's (PTON 1.02%) treadmill recall.

Peloton is Affirm's biggest client by far, accounting for 31% of total sales through the first nine months of fiscal 2021 (but 20% in the latest quarter, which ended March 31). Affirm has acknowledged that there are risks associated with a large percentage of its sales attached to one merchant, and it's making moves to change that.

The most significant number in Affirm's third-quarter report was the increase in merchant partnerships, which is its best path forward. It doubled its active merchant count year over year to 12,000 in the first quarter. The company also said that its deal with Shopify to offer Shop Pay installment plans to Shopify merchants resulted in 10,000 Shopify merchant signups in April and May. It expects that number to significantly increase as the option is rolled out to more merchants, which should lead to increased sales and provide a cushion against potential losses from Peloton.

Installment payments are taking off

Some other notable results from the third quarter included an 83% year-over-year increase in gross merchandise volume, or a 100% increase without Peloton factored in, which was greater than the 55% increase in Q2. There was a 60% increase in active customers year over year to 5.4 million, and transactions per customer also increased 10%, which is another key growth driver.

Operating loss more than doubled, mostly due to stock compensation from the IPO. Net loss tripled to $247.2 million, which included stock-based compensation charges plus charges related to the acquisition of PayBright.

Affirm went public at a challenging time in retail, which clearly had an effect on the company's overall performance. It's now seeing more movement in categories that were pressured during the pandemic, such as travel. Travel GMV increased 50% -- less than the company's overall growth, as it's still somewhat pressured, but a great sign of improvement. Many consumer travel expenses are in Affirm's sweet spot since hotel accommodations and plane tickets can be prohibitively expensive. As more people begin to travel, Affirm's core market is relying on it to fund vacations that they may otherwise never be able to afford. That's great news for Affirm.

Affirm may still feel the impact of the Peloton recall in the fourth quarter if there are returns, and it finished the acquisition of Returnly, a company that makes online returns easy, in the current quarter. But all of these acquisitions bode well for Affirm, which is competing with other companies, such as Klarna and Afterpay. Its best chance to stay competitive is to multiply its merchant count.

In the meantime, Affirm's stock price has plummeted roughly 44% year to date and is still trading at a relatively high 20 times sales. As it continues to grow merchant count and sales, as well as improve its platform and offer more services, Affirm may become a solid investment, but for now, it is just a company to watch.