Please ensure Javascript is enabled for purposes of website accessibility
Log In Help Join The Motley Fool
Free Article Join Over 1 Million Premium Members And Get More In-Depth Stock Guidance and Research
By Trevor Jennewine - May 21, 2021 at 7:15AM

These three stocks are down over 45% from their 52-week highs.

It's easy to be a long-term investor when things are going well, but it's much harder to live by those principles when stock prices are falling. That's exactly what you need to do, though.

Historically speaking, stocks have increased in value over time. Since 1957, the average annual return of the S&P 500 is over 10%, despite numerous big drops along the way. In fact, those drops are often great buying opportunities.

Lemonade is taking a disruptive approach to insurance. Traditionally, insurers have used agents and forms to interact with customers, price policies, and process claims. But Lemonade makes these processes more enjoyable and more efficient with the help of big data and artificial intelligence. 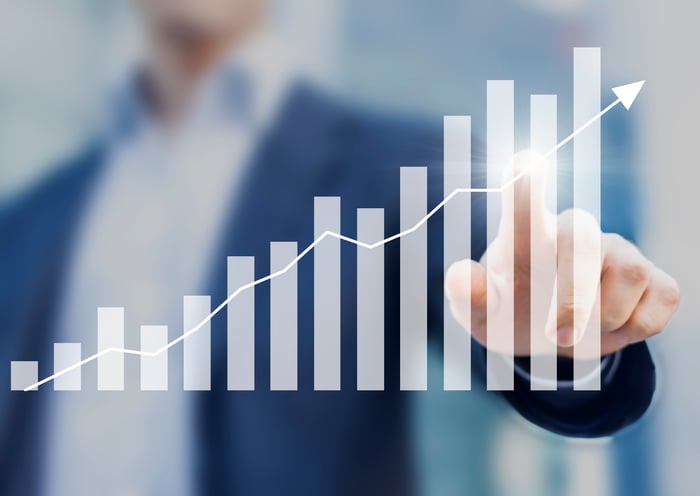 Lemonade also differentiates itself with a fixed fee business model. Specifically, it keeps 25% of premiums and pays the rest to reinsurance firms (i.e., insurance providers for insurance companies). In exchange, those firms agree to pay 75% of Lemonade's claims, and they give Lemonade a 25% commission. This limits upside, but it also limits downside. In fact, management believes gross margin will vary by no more than 3% in 95 out of 100 years. That type of stability is uncommon in the insurance industry.

But there's also another benefit: Lemonade's values are better aligned with its customers. Traditional insurance companies benefit when they deny claims because they keep more money. But Lemonade's fixed-fee approach reduces that conflict of interest, which should drive client growth and retention.

So far, that's exactly what's happening. In 2020, Lemonade passed 1 million customers, hitting that milestone more than 20 years faster than it took for insurers like State Farm and GEICO.

Since its IPO, Lemonade has expanded from homeowners and renters policies to pet, term life, and (coming this summer) car insurance. The company has also expanded geographically, launching products in the U.S., France, Germany, and the Netherlands. Put another way, Lemonade's market opportunity is getting bigger. And given that insurance premiums total over $5 trillion each year, I think this stock has a lot of upside potential.

Redfin is attempting to disrupt the multi-trillion dollar real estate industry. Specifically, it provides brokerage services to home buyers and sellers, as well as mortgage, title, and settlement services.

However, rather than treating agents as independent contractors like traditional brokerages, Redfin treats its agents as employees, paying them a salary with benefits. As a result, sellers pay significantly less in commission fees with Redfin (4% of the sale price compared to 6% for other brokerages). The company also shares part of its commission with buyers, helping them cover closing costs.

In addition, Redfin buys homes directly and resells them through RedfinNow, eliminating the need for sellers to make repairs, show the house, or even hire a real estate agent. Currently, this option is available in 18 markets across seven different states, but the company plans to expand over time. 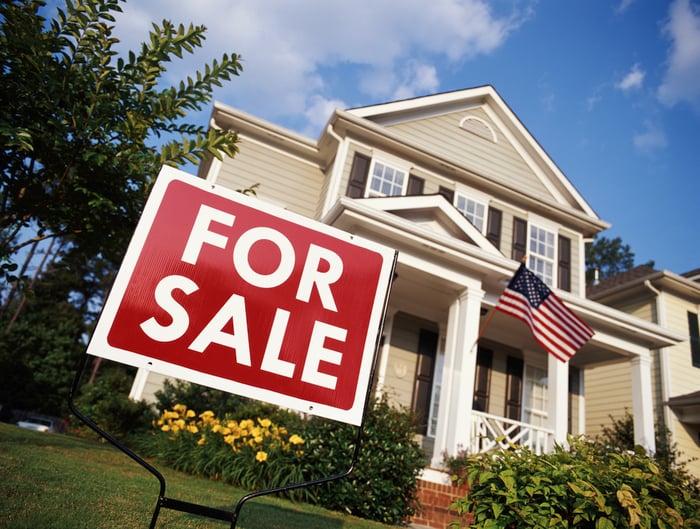 Buying or selling a house is often one of the biggest transactions of a person's life, and it can be a stressful ordeal. Redfin's goal is to simplify this process by consolidating brokerage, mortgage, and title services under one roof.

Bad puns aside, the company is making progress. Last year, 91% of Redfin listings sold within 90 days versus the industry average of 78%, and homes listed by Redfin sold for an average of $2,200 more than the average listing price at competing brokerages. This has helped Redfin grow its market share from 0.81% in 2018 to 1.14% in Q1 2021.

As a final thought, the housing market is hot right now. According to the National Association of Realtors, the median selling price for existing homes surged 17% in March, and the average home sold in 18 days, a record low. Moreover, existing-home sales are expected to rise 10% in 2021. That's why now looks like a good time to buy a few shares of this tech stock.

This creates considerable value for marketers, making their campaigns more efficient and effective. For that reason, The Trade Desk believes all advertising will eventually be transacted programmatically. That puts the company in front of a massive and quickly growing market, and so far it's capitalizing on that opportunity.

If the company can maintain that momentum, this stock could be a very rewarding long-term investment.