Please ensure Javascript is enabled for purposes of website accessibility
Log In Help Join The Motley Fool
Free Article Join Over 1 Million Premium Members And Get More In-Depth Stock Guidance and Research
By James Brumley - May 21, 2021 at 7:30AM

The prospective pairing brings much more to the table than the addition of some more entertainment content.

For the record, neither Amazon (AMZN 2.14%) nor MGM Studios have confirmed rumors of the former buying the latter. On the other hand, they're not denying the rumors either.

And the idea certainly passes a plausibility test. MGM has been "for sale" for months now, and Amazon is most definitely in the business of making movies and television shows. The e-commerce giant spent $11 billion on video content last year, and perhaps more notably, its in-house Amazon Studios is now annually producing on the order of 300 hours' worth of original programming including hits like the TV show Bosch and the Academy Award-winning movie Sound of Metal. Adding an established name to the mix could certainly boost this original content effort, further loosening Amazon's reliance on third-party video.

Such a deal would mean far more than just expanding Prime's library, however. Here's a rundown of the four biggest upsides Amazon could realize in bringing MGM Studios into the fold. 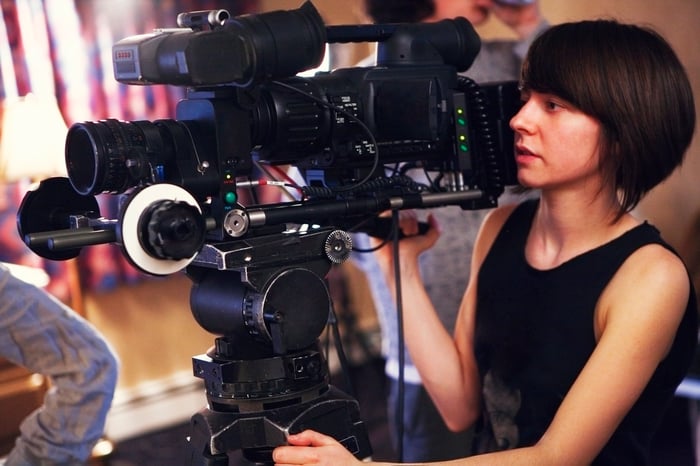 1. Prime's content library is bolstered with quality and quantity

Although there's far more to the matter, the addition of new video content to Amazon's current collection would still be significant. Recent counts suggest MGM's film library consists of more than 4,000 titles offering more than 17,000 hours of entertainment. Franchises include the Rocky series and all the movies about superspy James Bond. On the television front, The Handmaid's Tale and Fargo series are part of the MGM family.

The company's clearly got the chops to make marketable entertainment.

2. Amazon gains access to distribution channels outside of Prime

While most of Amazon's original productions are only ever made available via Prime, that's not an absolute. Amazon's Oscar-nominated Manchester by the Sea, for instance, saw a theatrical run back in 2016, and its new flick Late Night is in movie theaters now.

By and large, though, Amazon's in-house productions aren't even trying to get traction outside of Prime's ecosystem. The film industry isn't particularly welcoming to new, streaming-first outsiders, arguing their approach ultimately harms the business.

MGM is neither a Hollywood outsider nor a newcomer, however. Indeed, it's been around since 1924, and for all intents and purposes is the prototypical studio. Sharing distribution resources with MGM -- which also owns subscription-based EPIX -- just might allow Amazon to monetize more content in more traditional venues like theaters, and even on television.

Unlike most all of the other major film production houses, MGM Studios is owned by a consortium of private equity and hedge funds. And this ownership is highly fragmented. Anchorage Capital Group is the biggest stakeholder, yet still only controls around a third of the company. Highland Capital and Solus Alternatives are a couple of the other more noteworthy institutional investors, but they each only hold around a tenth of MGM.

To date, the complicated corporate structure hasn't presented any glaring problems. But, clearly, the studios' owners have other business interests. They also have little individual incentive to develop the film-making outfit into a more fruitful company.

Simply put, the studio may not be all it could be.

Amazon's ownership wouldn't pose this potential risk of disinterest. Indeed, a wholly owned MGM would operate under more focused leadership, and Amazon would have every incentive to maximize the studio's potential that it isn't doing right now.

4. An acquisition prevents anyone else from owning MGM

Finally, if nothing else, acquiring MGM now prevents any other potential suitor from scooping it up and taking control of its brand name, distribution channels, and intellectual property. This may be the most important reason of all for Amazon to make such a move, even if it's also the least evident one.

Read between the lines. If Amazon doesn't step into MGM Studios here,  it's likely a competitor will, and then use the brand to compete head-to-head with Amazon's video entertainment interests.

Just because Amazon arguably should acquire MGM for the intimated price of $9 billion, of course, doesn't mean that it will. And, buying it doesn't simply mean the prospective suitor will automatically or immediately realize the aforementioned upsides. Integration takes time, and work. It could take years to cultivate a synergy between the two outfits that results in more growth than either could achieve on their own.

Still, as long as Amazon is going to remain in the video entertainment business, it's a prospect with a longer-term payoff that easily justifies the short-term cost.