Please ensure Javascript is enabled for purposes of website accessibility
Log In Help Join The Motley Fool
Free Article Join Over 1 Million Premium Members And Get More In-Depth Stock Guidance and Research
By Chris Neiger, Danny Vena, and Brian Withers - May 22, 2021 at 8:30AM

Avoid investment regrets by snatching up these stocks.

Software stocks have been a bit erratic in 2021, but that shouldn't deter investors from looking for fantastic long-term bets. The short-term volatility that some tech stocks have experienced won't last forever and investors will be glad that they scooped up shares when others were panicking. 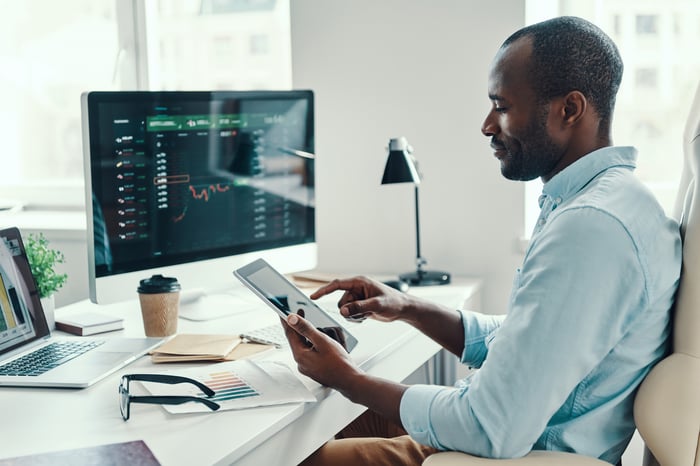 Danny Vena (Twilio): Being able to reach your customers where they are and communicate across a multitude of channels can be the difference between success and failure, a lesson that was hammered home during the pandemic. That's where Twilio comes in.

The company created a framework that developers can use to embed communications tools across their apps and software, allowing customers to reach out in a way that best suits them. Twilio's communications platform as a service (CPaaS) is the industry standard, and works behind the scenes processing texts, chats, phone calls, and even video -- all on the app.

Many consumers have used the service without even knowing it. The text and chat prompts that help you update a lost or expired password, in-app chats with customer service, and the real-time updates you get about the progress of your shopping, food delivery, or ride-share? Many of those customer interactions were facilitated by Twilio's technology.

Businesses don't want to reinvent the wheel, preferring to license Twilio's industry-leading solutions, rather than developing costly and potentially less effective tools in-house. This provides Twilio with a large recurring revenue stream that will only grow larger from here.

The company's revenue grew 62% year over year in the first quarter, accelerating from 57% growth in the same period last year. At the same time, Twilio's adjusted net income nearly tripled. The company's large and growing client base helped fuel the results, with 235,000 active customers, which grew 24%.

Even more impressive is Twilio's ability to expand its relationship with existing customers. Its dollar-based net expansion rate hit 133% in the first quarter, meaning that its current customers spent 33% more than they did in the year-ago quarter. This process of "land and expand" has been remarkably consistent, as Twilio's dollar-based net expansion rate has remained above 125% in each of the past nine quarters.

This alone would be enough reason to buy and hold Twilio stock, but because of the ongoing digital transformation, the company has much bigger ambitions. Twilio is working to morph its business into a full-service, end-to-end customer engagement platform, acquiring numerous smaller businesses to help facilitate its evolution.

This activity has greatly expanded Twilio's total addressable market (TAM), which now clocks in at $79 billion, according to management estimates. When viewed in the light of the company's 2020 revenue of just $1.76 billion, it shows a massive and growing opportunity and why investors will wish they had bought this stock five years from now. 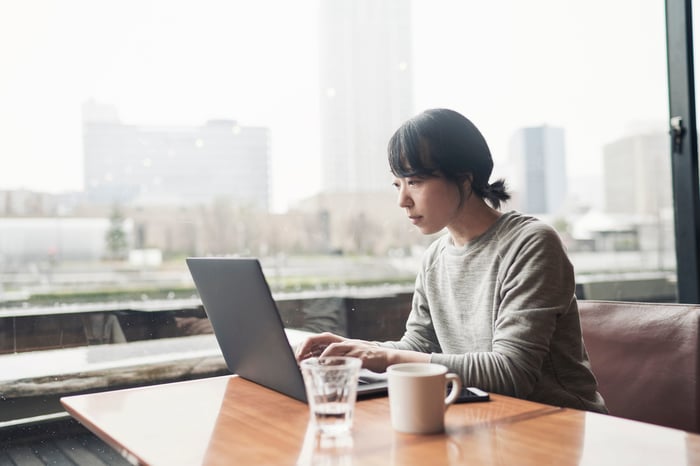 In the cloud, your identity is everything

Brian Withers (Okta): In March, Okta announced it was acquiring Auth0, a developer-centric identity management platform, for $6.5 billion. The deal officially closed in May. Auth0's CEO, Eugenio Pace, who will continue to lead his organization, explained the importance of identity in the cloud era at Okta's recent investor day event.

Well, if anything, 2020 has shown us that anything is digital, everything. Education, our healthcare, our entertainment, everything, it's technology surrounding us. And there's one thing that they have in common is that they all need to know who we are. And so the opportunity is massive.

In addition to its huge market, this identity management specialist is growing at a torrid pace. In the most recent quarter, top-line revenue grew at a solid 41% year-over-year pace while remaining performance obligations (the total dollar value of contracts not yet fulfilled) grew even faster at 49%. Customers spending more than $100,000 in annual contract value (ACV) grew 33% year over year, but larger customers grew even faster for the year. Customers spending more than $500,000 and $1 million annually both grew more than 50% for the full year.

But even with all of this positive news, the stock is down more than 20% from its high in February. With cloud software becoming the norm for businesses, Okta's identity management platform tools will become a "must-have" for large company information technology teams. This platform-as-a-service company announces its Q1 results next week, but regardless of short-term stock swings after earnings, savvy investors would do well to take a bite of Okta's stock today. Your future self will thank you. 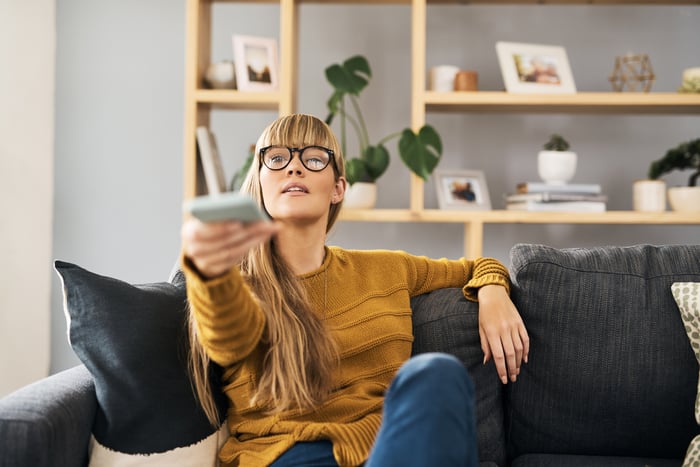 The best way to play the video streaming wars

Chris Neiger (Roku): There's no shortage of video streaming services these days, with Apple, Amazon, Hulu, Walt Disney, Netflix, HBO, and a host of others vying for viewers' attention.

But what if there were a company that could benefit from all of these services at once, no matter which was creating the best content? Well, there is, and it's Roku. The company makes money every time a user signs up for a streaming service on its platform -- and business is booming.

Roku's revenue skyrocketed 79% in the first quarter to $574 million and the company posted a surprise profit of $0.54 per diluted share, which blew past analysts' consensus estimate of a loss of $0.13 per share.

Viewers are spending more time than ever streaming video on Roku's platform and in the first quarter total streaming hours reached 18.3 billion hours, up 49% year over year.

And those viewers aren't just spending more time watching TV through Roku's platform, they're also spending more on the platform as well. The company's average revenue per user (ARPU) increased 32% to $32.14.

Some investors may think Roku is just a stay-at-home stock that benefited during lockdowns and strict social distancing last year, but that view is a bit shortsighted. Roku has become one of the leading connected TV platforms and has plenty more room to grow.

Consider that Roku is just beginning to tap into a connected-TV advertising market, which is expected to double in size in the U.S. between 2020 and 2024.

As Roku expands into this fast-growing advertising market and continues to benefit from its phenomenal growth in the shift from traditional TV to streaming services, this stock looks like a fantastic bet for long-term investors.