Please ensure Javascript is enabled for purposes of website accessibility
Log In Help Join The Motley Fool
Free Article Join Over 1 Million Premium Members And Get More In-Depth Stock Guidance and Research
By Zhiyuan Sun - May 31, 2021 at 8:47AM

Looking for solid companies trading on the cheap? Here are your top bets!

Bargain stocks can be hard to come by, even in a market that seems poised for a drop. One niche area to search is among great companies that appear to have few prospects in the near future.

Their shares usually trade at a heavy discount to peers until they (often inevitably) improve their operations, causing many investors to change their minds and buy their stock simultaneously. Two companies with this gap-up potential are Bed Bath & Beyond (BBBY 39.83%) and Viatris (VTRS 3.70%). Let's look at why the brick-and-mortar retail powerhouse and the pharma giant can make investors richer. 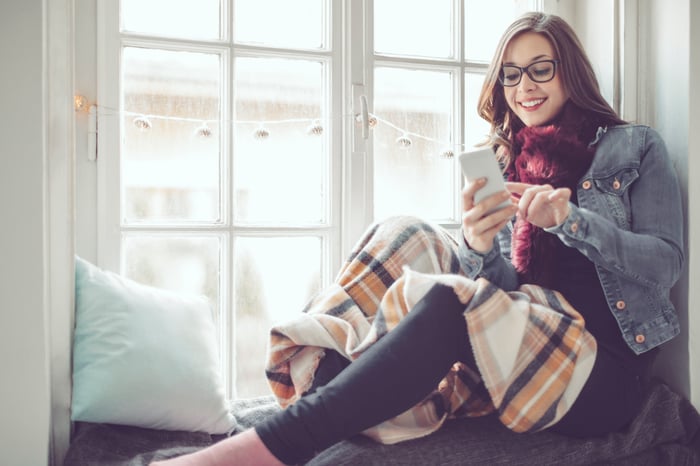 When Amazon (AMZN -0.99%) began gaining traction in disrupting the brick-and-mortar market in the early 2010s, investors started to ditch Bed Bath & Beyond stock en masse. It may come as a surprise to many that the company is alive and thriving.

During its fourth-quarter 2020 (ended Feb. 27), the company's revenue fell by 16% year after year to $2.6 billion. If we were to adjust for its asset divestitures and the closure of 144 stores, however, then its sales actually went up. In fact, this was the company's third consecutive quarter of same-store sales growth.

The largest driver of the increase was Bed Bath & Beyond's successful transition to e-commerce. As many as 162 million unique customers are now using the company's digital channels (website and mobile app). Revenue from its digital segment rose by a stunning 99% year over year and now accounts for 37% of its total sales.

The company also offers same-day delivery and the option to buy online and pick up in-store, with both services seeing high consumer satisfaction. On May 26, Bed Bath & Beyond announced it would be partnering with DoorDash (DASH -5.92%) to make its delivery even faster.

Bed Bath & Beyond is still the go-to retailer for items such as home organization, kitchen food prep, indoor decorations, bedding, and bath accessories. To better enhance its value proposition, the company is upgrading its infrastructure to utilize cloud-based data analytics. The move will better predict consumer behavior, and increase the speed of bringing new products to market.

It is also doing great with regards to capital. In fiscal 2020, the company reduced its total debt by $1 billion while returning $375 million to shareholders via stock buybacks. Bed Bath & Beyond has $2.1 billion in total liquidity.

That's fantastic, as the company's market cap stands at just $2.8 billion. For fiscal 2021, it expects to bring in $8.1 billion in revenue and $512.5 million in operating income less non-cash items (EBITDA), and to buy back $312.5 million more in shares. Overall, given the strength of its high-flying e-commerce segment, this is probably one of the top retail stocks to buy now.

Viatris is a pharma behemoth producing more than 80 billion doses of various medications annually. It was created last year via the merger of Mylan and Pfizer's (PFE 0.61%) Upjohn subsidiary. The company currently operates in a hypercompetitive environment, as there is ample political (and moral) pressure to lower the cost of prescription drug prices in the U.S. The U.S. Food and Drug Administration (FDA) has taken a keen interest in approving as many generics as possible for such a purpose.

As a result, Viatris's sales fell by 6% year over year to $4.4 billion, with its international sales relatively unaffected by the FDA's initiative. Luckily, the vast majority of the company's woes are near their end. Viatris's branded medications were primarily affected by their loss of exclusivities (LOEs) and not pricing pressures. The segment generates $2.725 billion per quarter in revenue and has no further significant LOEs in the near future. Furthermore, there was a 27% increase in its biosimilar sales over the prior year's quarter. Such classes of drugs are usually extremely difficult to duplicate.

To better increase its profitability, Viatris is divesting its manufacturing sites with excess capacity and integrating its post-merger corporate structure. It expects to generate $500 million in synergies this year alone. Aside from that, Viatris is also on track to generate $690 million in revenue with new product launches by 2022.

The best part about the company is its valuation. Bargain hunters can acquire the stock for as little as 10 times free cash flow. In May, management also announced that it would be declaring a quarterly dividend of $0.11 per share, which results in an annual yield of 3%. Overall, I highly recommend pharma investors check out Viatris stock thanks to its potential to return to growth.

Why Bed Bath & Beyond, Geron, and Canopy Growth Slumped Today