Please ensure Javascript is enabled for purposes of website accessibility
Log In Help Join The Motley Fool
Free Article Join Over 1 Million Premium Members And Get More In-Depth Stock Guidance and Research
By Jason Hawthorne - Jun 2, 2021 at 8:40AM

A make-or-break moment approaches after years of dramatic swings in the stock.

In 1906, Alois Alzheimer, a German doctor, first described the memory loss and psychological changes associated with the disease later named after him. A century later, it is the fifth leading cause of death among those over age 65. Although a few drugs have been developed to help patients manage the disease, nothing new has come to market since 2003.

Biogen (BIIB -1.00%) hopes that changes this week as the Food and Drug Administration (FDA) is set to rule on its application for aducanumab. The drug has shown some promise in clinical trials. However, many question its prospects after indecision from the company and mixed results in studies. The stock price has followed the ups and downs of the drug and taken shareholders for a ride. The decision is due by June 7th and could finally provide clarity as to how the company moves forward. 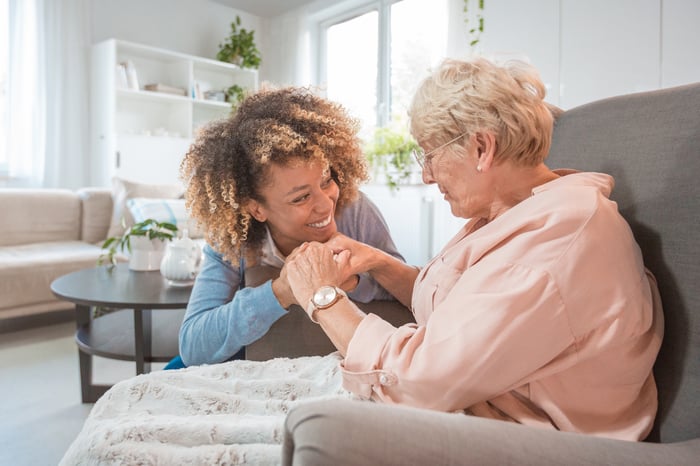 Aducanumab is a monoclonal antibody that binds to the sticky plaque compound that many researchers believe kills brain cells in those with the Alzheimer's. Theoretically, this triggers an immune response slowing the deterioration. The company claims it helps the mild cognitive impairment and early stage dementia associated with the disease. That conclusion is up for debate.

In 2016, the drug was promoted as a revolutionary development. Early results, a glowing magazine article, and the insinuation that because aducanumab cleared amyloid -- an abnormal protein -- from the brain, it might slow memory loss and other symptoms. Taking advantage of the momentum, Biogen launched two identical studies.

By 2019, the company announced it was shutting down the studies. The stock fell 30%. Then more data arrived and the company reversed its decision. It led to a dizzying few months for shareholders. 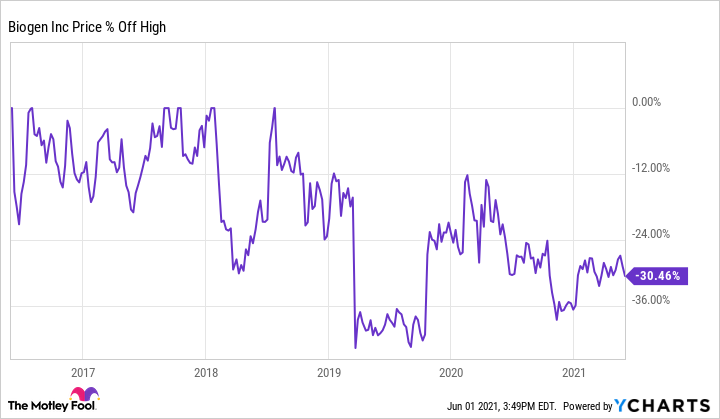 It turned out, one of the studies showed participants who received a high dose of the drug had better results than those who got the placebo. The other study showed no such improvement. Those contradictory results divided the regulatory agency and is at the heart of the tension over the upcoming decision. This past November, an advisory committee voted overwhelmingly against approval. The FDA was originally slated to make a decision in March but pushed the verdict to June after asking for more data.

Into the great wide open or free fallin'

Many advocates believe having some treatment is better than none. Critics point to the problems approving an ineffective drug could cause. Those with Alzheimer's would likely skip future clinical trials if there were an approved drug on the market. Also, the price tag of up to $50,000 per year could add billions in costs to an already stretched healthcare system. It's why some physicians who treat the disease say they won't recommend it.

For its part, Biogen has applied for approval in seven geographies and has been working for months in anticipation of an approval in the U.S. The company will have 600 sites ready to administer the intravenous therapy to patients and is developing an online platform to increase brain health awareness. Management is assuming approval and guiding for $10.6 billion in sales this year at the midpoint. That's down 21% from 2020 as competition from generics eats into the sales of its other drugs.

Biogen believes it can fill that large revenue hole over time if aducanumab gets approved. It also thinks it can justify a high price tag. Management estimated the annual cost burden of the disease at over $600 billion in the U.S. and suggested the entire market is more than 10 million people, though not all will qualify for treatment.

Regardless of price, the FDA's decision is a potential multi-billion dollar make or break moment. By June 7th, investors will know whether the future holds a windfall of sales and profits for the $40 billion biotech or a the uncertainty of trying to bolster its portfolio of neurological and neurodegenerative diseases through acquisitions. With the stock trading almost exactly between the highs it reached when approval seemed imminent and the lows it touched after the trials were stopped, the probability of approval seems like a coin flip. With inconsistent data and a recommendation against approval, that may not be a gamble investors should be willing to take.