Please ensure Javascript is enabled for purposes of website accessibility
Log In Help Join The Motley Fool
Free Article Join Over 1 Million Premium Members And Get More In-Depth Stock Guidance and Research
By Keith Speights - Updated Jun 4, 2021 at 8:24AM

Analysts expect one of them to skyrocket a lot more than 25%.

Robinhood investors like quite a few stocks that aren't exactly favorites for analysts. If memes are floating on the internet about a given stock, there's a pretty good chance that it's popular on Robinhood but not so much on Wall Street.

However, there are also several stocks that retail investors on the commission-free trading platform and analysts alike hold in high regard. Here are three top Robinhood stocks that Wall Street thinks will soar 25% or more. 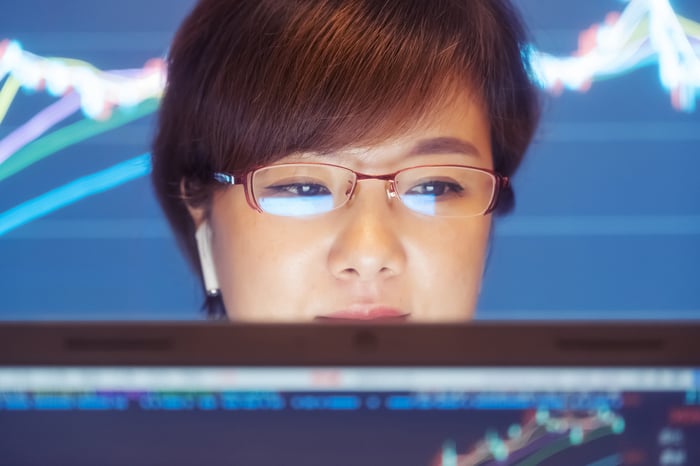 You might think that with a market cap topping $2 trillion, there's not much room for Apple (AAPL 2.14%) to grow. Analysts would disagree. The average one-year price target for the technology leader reflects a premium of nearly 28% over the current share price.

Apple is the second-most widely held stock among Robinhood investors. Why? Probably because they realize the incredible moat and growth prospects that Apple enjoys with its iPhone-centric ecosystem.

Over the long run, my view is that technological innovations will keep Apple among the favorite stocks for both Robinhood investors and Wall Street analysts. Look for more augmented reality functionality on the way. There's also speculation that Apple could launch a foldable iPhone in 2023. A future market cap of $3 trillion or more isn't out of the question at all.

Robinhood investors and analysts also agree on another so-called FAANG stock -- Amazon.com (AMZN 2.07%). The internet giant ranks as the ninth most popular stock on Robinhood. Analysts think that Amazon's share price could rise 31% over the next 12 months.

There are two key growth drivers that could enable Amazon to deliver that kind of growth. The company's Amazon Web Services (AWS) cloud platform continues to fire on all cylinders and is highly profitable. Amazon is also experiencing strong momentum with its digital advertising business.

Value investor Bill Miller even thinks that these two units could account for most of Amazon's valuation within the next couple of years. He's also bullish about the company's business-to-business and logistics platforms. I suspect Miller's optimism is on point.

Don't forget e-commerce, though. Amazon remains the biggest e-commerce company in the world. Online sales still account for less than 14% of total retail sales in the U.S. There's a lot of room for Amazon to run in its core business.

You might be at least a little surprised by the third top Robinhood stock on our list that Wall Street really likes. The average price target for Bionano Genomics (BNGO 6.51%) is a whopping 80% higher than the stock's current price.

Bionano reported better-than-expected Q1 results in May. Revenue jumped 179% year over year to a record-high $3.2 million. Although the company remained unprofitable, its bottom line moved in the right direction.

Customers appear to like Bionano's Saphyr genome mapping system. As the install base grows, the company's recurring revenue from consumables grows. That's the kind of business model that investors hope could really pay off over the long run.

Bionano projects that it will have 150 Saphyr systems in the field by the end of this year, up 50% from the end of 2020. The company also anticipates receiving accreditation for additional laboratory-developed tests for Saphyr soon. Bionano is riskier than Apple or Amazon, but analysts think it could be a huge winner over the near term.