Please ensure Javascript is enabled for purposes of website accessibility
Log In Help Join The Motley Fool
Free Article Join Over 1 Million Premium Members And Get More In-Depth Stock Guidance and Research
By Rich Duprey - May 3, 2021 at 12:08PM

It's going to become the must-have device of the high-end smartphone market.

The next upgrade cycle for Apple (AAPL 1.62%) iPhones is going to be part of a "super replacement cycle," and an analyst is predicting the tech giant will be offering a foldable iPhone in 2023 to coincide with the trend.

MacRumors reported on Sunday that it has seen a research note to investors from TF International Securities analyst Ming-Chi Kuo, who says the feature-rich phone will offer an 8-inch QHD+ flexible OLED display. He forecasts Apple will ship 15 million to 20 million foldable iPhones in 2023. 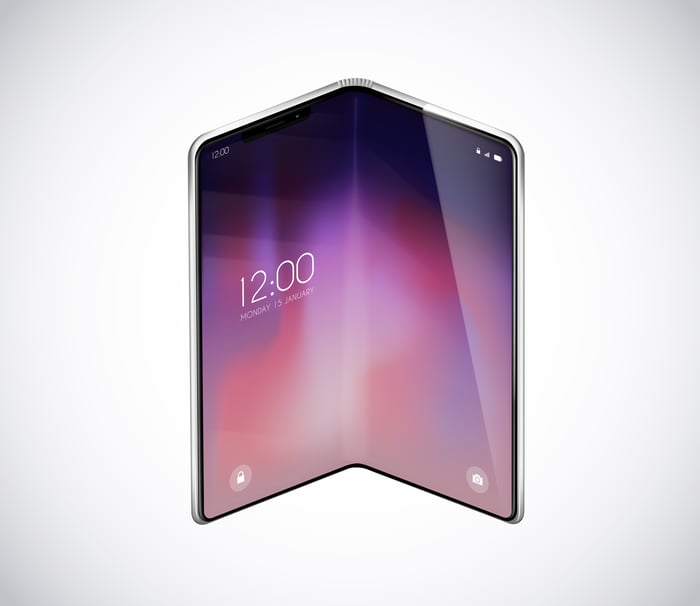 In a rather upbeat and bullish note, Kuo said Apple is likely to be the biggest winner among manufacturers of foldable smartphones, which will become the obligatory tech that consumers need to have.

Currently, a foldable phone is designed to bring together the convenience and power of a smartphone and tablet computer, but further technological developments will add in the discrete capabilities of laptops, too.

Kuo wrote that Apple has a powerful, long-term edge over the competition. "With its cross-product ecosystems and hardware design advantages, Apple will be the biggest winner in the new foldable device trend," he said.

The analyst says development hasn't officially begun yet on the foldable iPhone, but he was making the prediction based on his latest industry survey.

Samsung has been a leader in foldable phones, releasing the Galaxy Fold in 2019. It has since been joined by LG and Motorola, though LG announced it was exiting the smartphone market.

Kuo believes all major smartphone manufacturers will need to have a foldable device, since it will be the center point of the next "super replacement cycle" for high-end models. But this is not the first time speculation has surfaced over Apple developing a foldable phone.