Please ensure Javascript is enabled for purposes of website accessibility
Log In Help Join The Motley Fool
Free Article Join Over 1 Million Premium Members And Get More In-Depth Stock Guidance and Research
By Keith Noonan - Updated Jun 8, 2021 at 9:22AM

The digital advertising specialist is down more than 40% from its high. Is it time to buy?

Shares of The Trade Desk (TTD 5.11%) slumped 19.4% in May, according to data from S&P Global Market Intelligence. The company's share price moved lower early in the month and then saw a more pronounced sell-off after the programmatic advertising company paired strong first-quarter results with guidance that appears to have fallen short of the market's expectations. 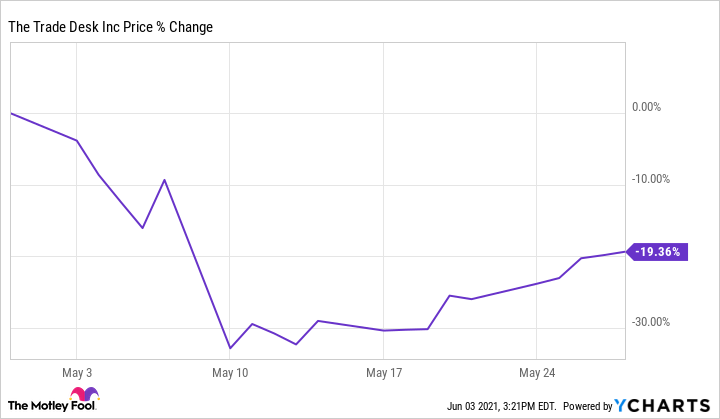 The Trade Desk released its first-quarter results on May 10, and the digital-advertising specialist's stock fell despite sales and earnings coming in ahead of the market's expectations. The company posted adjusted earnings per share of $1.41 on sales of $219.8 million, while the average analyst target had called for per-share earnings of $0.77 on revenue of $216.9 million. The company also announced that it would carry out a 10-for-1 stock split on June 9. 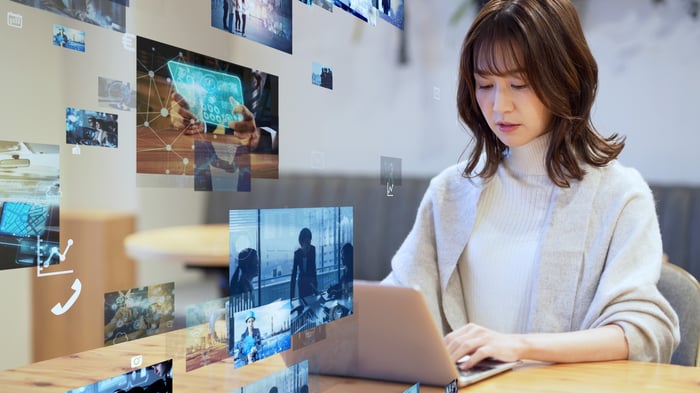 The Trade Desk guided for second-quarter revenue to come in between $259 million and $262 million, while the average analyst target prior to its recent quarterly report called for revenue of $253.9 million. The company's guidance came in ahead of the overall Wall Street estimate, but the average analyst target included estimates from earlier in the quarter and had started to move higher after Roku and other players in the ad-supported streaming space posted strong results. The Trade Desk's guidance for EBITDA of at least $84 million in the second quarter might also have underwhelmed investors.

The stock has continued to move lower early in June's trading and is down roughly 2.6% in the month so far. 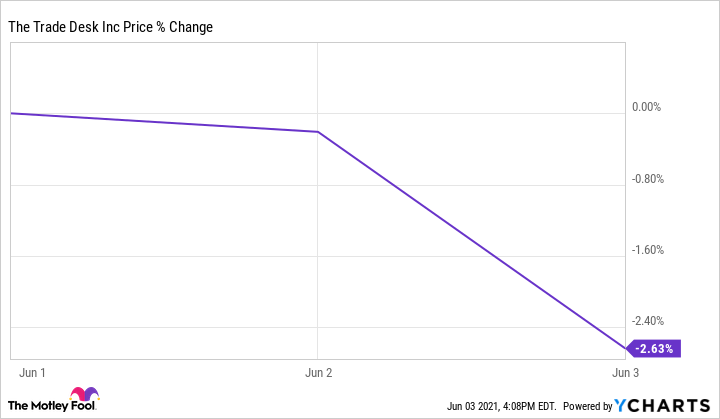 The Trade Desk has a market capitalization of roughly $27 billion and is valued at approximately 24 times this year's expected sales and 92 times expected earnings. The company has a growth-dependent valuation, but it's a category leader in its corner of the digital advertising market and should benefit as more advertising moves to digital channels.

I initiated a position in The Trade Desk last month, and I think that the stock stands out as a worthwhile buy for risk-tolerant investors.

Editor's note: This article has been corrected to include the correct date of the stock split.