Shares of Alkami Technology (ALKT -0.13%) fell 30.2% in May 2021, according to data from S&P Global Market Intelligence. The provider of cloud-based digital banking tools posted its first earnings report as a public company. Investors were not overly impressed.

Looking ahead, Alkami expects second-quarter revenue of roughly $34.5 million and an unadjusted net loss in the neighborhood of $12.7 million. Full-year sales should land near $146 million, 30% above the 2020 fiscal year's result. 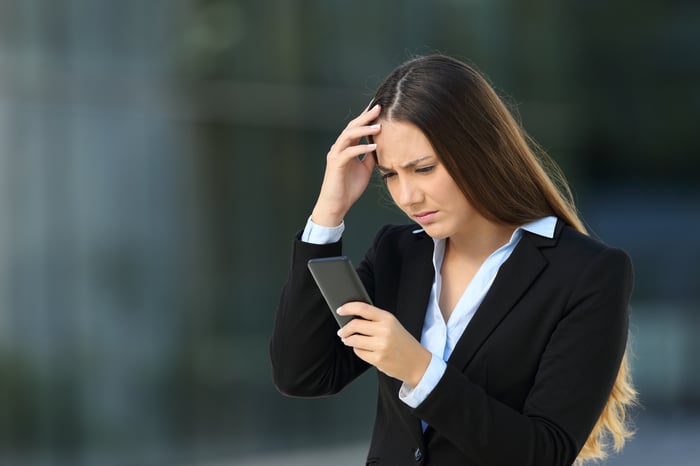 Wall Street analysts have not yet started to publish estimates for Alkami's quarterly and annual results. However, it's fair to say that the Street was shocked by the high-growth fintech company's modest full-year growth targets. Projected 30% top-line growth for the full fiscal year looks soft next to the first quarter's 43.5% reading and last year's 52% revenue jump.

Alkami's stock was changing hands at $36 per share on the eve of the first-quarter report. Three market days later, share prices had dropped 24.9% lower.

This company has been around since 2009 and is an established leader in cloud-based platforms upon which banks and other financial institutions can build their own digital banking apps. It just took Alkami a while to join the public market.

Fintech stocks can be volatile but Alkami's sharp plunge strikes me as an overreaction. The next few quarters will show how well the company performs in comparison to management's guidance and analysts' estimates. Color me surprised if the humble revenue target doesn't turn out to be overly conservative. This stock chart will continue to be unpredictable for a while but Alkami looks like an interesting idea for the long term at these lower prices.