Please ensure Javascript is enabled for purposes of website accessibility
Log In Help Join The Motley Fool
Free Article Join Over 1 Million Premium Members And Get More In-Depth Stock Guidance and Research
By Jason Hawthorne - Jun 11, 2021 at 5:45AM

Data doesn't lie. These companies have the potential to quickly steal the spotlight.

When the Food and Drug Administration (FDA) approved Biogen's (BIIB -0.57%) aducanumab -- now marketed as Aduhelm -- for treating Alzheimer's Disease, it marked the end of a long drought. There hadn't been a therapy approved for the disease since 2003. The drug will still have to prove its impact in a follow up study, but that could take years.

No matter how that turns out, the low bar for approval set by the FDA is likely to open the floodgates for Alzheimer's treatments. It has investors in Cassava Sciences (SAVA 2.92%) and Annovis Bio (ANVS -4.88%) excited about their candidates, which are currently in clinical trials. Here are three reasons those biotech stocks might offer better gains in the years ahead than Biogen. 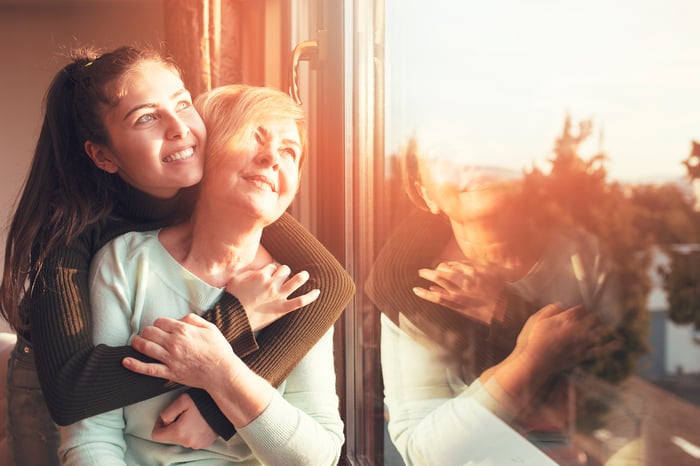 The first reason is simple. Biogen jumped almost 50% after Aduhelm was approved. It makes sense. The FDA's approval was a broad brush green light even for types of patients who did not participate in the clinical trials. That 50% gain translates to an additional $20 billion in market capitalization. That's even though it's unlikely insurers will cover the diagnostics, treatment, and monitoring for a cohort that the drug hasn't even been tested in. If the market thinks that's what an Alzheimer's drug is worth, there are better risk-reward propositions.

Cassava and Annovis Bio might not have an approved Alzheimer's drug, but they are well on their way. Neither of their candidates have even begun phase 3 trials, but the $2.65 billion and $511 million dollar market caps, respectively, would seem to offer a lot more upside if they get approved. To realize the potential gains, investors will have to wait. Cassava plans to initiate its phase 3 studies later this year and Annovis is still completing its phase 2 trial.

2. The efficacy data is clear

Few diseases offer a winner-take-all market no matter how well a drug performs. That said, efficacy does matter. In that category, the two smaller biotechs both appear to have the upper hand on the larger Biogen.

Biogen initially scrapped its two aducanumab phase 3 studies in early 2019, then decided to file for regulatory approval later that year after analyzing a larger data set. It turned out, one of the two identical trials met its objective for lessening cognitive and functional decline. The data showed a 6.3% improvement on the Alzheimer's Disease Assessment Scale related to cognition after a year of treatment.

Wall Street was skeptical, and at least one analyst assigned a 0% likelihood that management's plan of pushing for approval would work. Never say never. The decision to approve the drug was so controversial that two members of the FDA committee that reviewed it have since quit. That's an indication that it won't be too difficult to beat Biogen's performance.

So far, Cassava and Annovis Bio have both demonstrated better results in a shorter amount of time. Patients taking Cassava's simufilam improved their scores on the same cognitive test by 10% in a mere six months. For Annovis Bio, the improvement was 30% in only 25 days. If the results hold up, one of the two drugs may overtake Biogen's despite the recent approval. Cassava plans to initiate two phase 3 studies later this year and Annovis Bio should conclude its phase 2 in the fall.

Sometimes, investors can focus so hard on the results of one drug and one disease they can miss what else a small biotech has going on. Sometimes what gets missed is just as important. For Cassava and Annovis Bio, the method of administration and potential other revenue streams make each a better investment than Biogen at this point.

First, each of their Alzheimer's drugs are orally administered. Compare that to Aduhelm's once a month infusion and it's easy to see why they have a leg up in treating patients with cognitive and behavioral issues related to the disease. As for other revenue, the two definitely have optionality -- the potential for a new business to grow out of the existing one.

For Annovis Bio, that comes from ANVS401's ability to help patients with other neurocognitive diseases like Parkinson's. The drug clears toxins from the brain to prevent cell death. That can be applicable to multiple diseases beyond Alzheimer's. For Cassava, the optionality comes in the form of a diagnostic test. Specifically, its SavaDx blood test. It would detect Alzheimer's before symptoms like memory loss are even present. If successful, the stock might be a huge winner even if its drug isn't the blockbuster shareholders hope.

The floodgates are open

Whether Biogen is able to prove the efficacy of Aduhelm in its continuing study or another Alzheimer's drug becomes the darling of Wall Street, one thing is clear. A new era is upon us. Companies are beginning to cross the finish line and bring hope to the millions of patients and family members dealing with the disease. As human beings, we should hope they are all successful. As investors, we have to look for the best opportunities. After a big jump in shares of Biogen, the smaller companies with better results and an easier method of administration look like better stocks to buy for market-beating returns.