There are better options for investors looking to profit from potential Alzheimer's disease treatments.

The decision by the FDA to approve Biogen's (BIIB -1.56%) Alzheimer's disease treatment aducanumab, to be marketed as Aduhelm, has given new hope to more than 5 million Americans with the disease, and their loved ones. When the Food and Drug Administration initially signaled in November that it was likely to approve the monoclonal antibody treatment, Biogen stock jumped by 43%, adding $16 billion in market capitalization to the company.

Unfortunately, the questions surrounding the treatment and its efficacy may leave many doctors hesitant to recommend it. Add in the expected $50,000 annual price tag and the case for Aduhelm gets even harder to make. For investors, that could prove an incentive to go looking for companies that might provide more promising Alzheimer's disease treatments.

Cassava Sciences (SAVA 0.05%) and Annovis Bio (ANVS -1.54%) have arguably better prospects in their pipelines, and almost certainly more upside should their therapies get approved. Although small biotech stocks are risky, these two companies could turn out to be life-changing investments for some, if their potentially life-changing treatments prove effective. 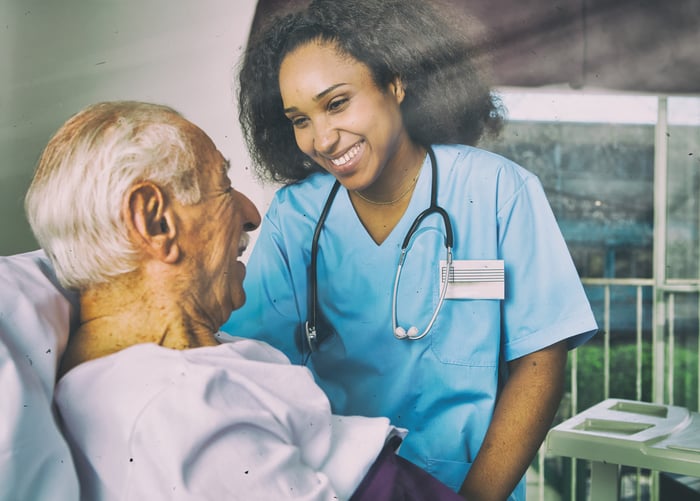 The case for Cassava Sciences

While most efforts to treat Alzheimer's thus far have focused on removing the amyloid plaque or tau tangles from the brains of patients, Cassava is taking a different approach.

This $2.6 billion biotech is trying to address the root cause of those buildups instead of treating the symptoms. Its drug, simufilam, aims to restore the normal shape and function of a type of scaffolding protein in the brain. Those altered proteins, called altered filamen A (FLNA), seem necessary for the telltale plaques and tangles to form.

In phase 2 studies, participants taking simufilam demonstrated a 10% improvement from baseline on a test of cognition with no safety concerns. That was after only six months. Biogen's drug produced less benefit with a treatment duration three times longer. Cassava reported those results in February; in May, it secured another round of funding from the National Institutes of Health (NIH). NIH has been funding the company's research since 2017. That new funding will support two phase 3 trials of simufilam set to begin later this year.

Shares of Cassava Sciences may offer a better opportunity for investors than Biogen, but even its management doesn't believe that any single drug will be able to fully treat Alzheimer's disease. That said, a successful phase 3 trial would likely push the market cap of Cassava Sciences closer to where that initial jump left Biogen's. That would mean a doubling or tripling of the share price from current levels. Cassava management plans to provide additional data in July, when it will share a report on the progress of the first 50 clinical trial participants who received the drug.

The case for Annovis Bio

Annovis Bio recently produced phase 2 results showing significant cognitive improvement in Alzheimer's patients after only one month of treatment with its drug ANVS401. The drug also showed statistically significant improvement in motor function, speed, and coordination in Parkinson's patients. The trial only included 14 patients with each disease. However, those results were promising enough to send the stock up by more than 100% in a day. The improvement was significantly stronger than the one demonstrated by patients taking either simufilam or Aduhelm.

Annovis Bio's approach to treatment focuses on reducing the levels of amyloid and tau in the brain, ensuring they stay below the dangerous level that can lead to the formation of plaques and tangles. It believes its results show that ANVS401 lowers the presence of neurotoxic proteins that ultimately lead to cell death.

Founder Maria Maccecchini said that the company has many effects to measure, and expects to have data on all of them in July. Its next step will be presenting results to the FDA and launching a phase 3 study of ANVS401 in both Alzheimer's and Parkinson's. As with Cassava, additional positive data could convince Wall Street that, based on the drug's potential, the company warrants a significantly higher stock price, even after its recent climb.