It will determine whether the drug becomes a blockbuster.

A crucial decision is days -- or maybe even hours -- away for Biogen (BIIB 1.59%). By June 7, the Food and Drug Administration will decide whether to approve the biotech company's controversial Alzheimer's drug candidate. A positive decision seems crucial for Biogen because the company predicts declining sales of its big multiple sclerosis blockbuster and is in need of a new growth driver.

If the FDA gives the nod to the Alzheimer's candidate, aducanumab, it's very likely Biogen shares will soar. More than 6 million Americans suffer from the disease, and treatment options are extremely limited. But Biogen might not get the major revenue boost it's hoping for even if aducanumab wins approval. Let's look at the biggest challenge the company could face. 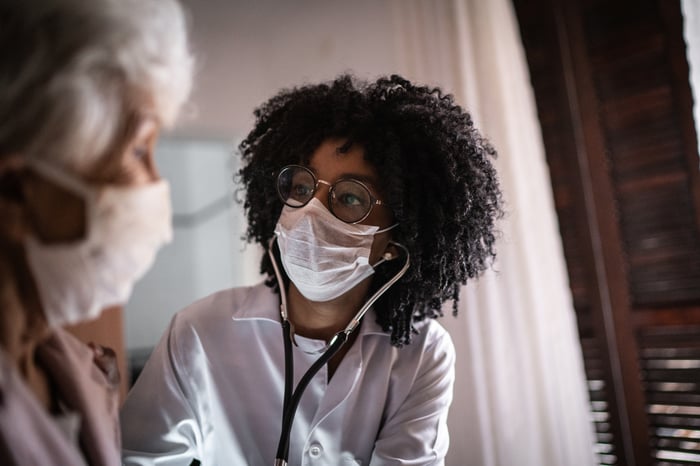 Patient groups and families eagerly await the aducanumab regulatory decision. If approved, it would be the only treatment known to reduce declines in daily function and cognition. But Biogen's challenge may be convincing doctors to prescribe aducanumab to their patients.

Why would doctors refuse to prescribe such a treatment? Many are hesitant due to the drug candidate's clinical trial path. I'll explain:

Biogen halted clinical trials of aducanumab in early 2019. This came after a futility study saying the treatment was unlikely to work. The company surprised investors later in the year when it revived the program -- and said it soon would file for regulatory approval.

The reason for such a turnaround? Biogen conducted a post-study analysis of its two phase 3 trials. Initially, the trial named Emerge met its primary endpoint. It showed a reduction in clinical decline. Researchers measure that by looking at cognition and daily function. The trial named Engage didn't meet this endpoint. But in the post-study analysis, Biogen looked at a group of some Engage participants who received higher doses of the drug candidate. And those participants showed a reduction in clinical decline, the company said.

Are the data enough?

Since Biogen reinstated the aducanumab program, analysts and doctors have argued about whether data from a post-study analysis are strong enough to support regulatory approval. In fact, an FDA advisory committee that was convened late last year even voted against approving the drug candidate. The FDA considers the opinion of this panel of experts but isn't obliged to follow it.

If we look at market potential without the idea of whether doctors will or won't prescribe the drug, it's big. Aducanumab could generate about $4.9 billion in annual sales by 2026, according to the news site EvaluatePharma. And some news reports cite analyst estimates of at least $10 billion in annual sales.

Now, let's get back to the subject of what doctors will decide to do. Right now, it's fair to say that aducanumab is controversial and some healthcare professionals aren't convinced of its efficacy; the FDA advisory committee vote is an example of that. A report co-authored by Dr. David S. Knopman, a site investigator in the aducanumab trials, calls for another phase 3 trial of aducanumab to support the idea of a higher dose.

So, what does this mean for Biogen?

If the FDA approves aducanumab, Biogen investors surely will cheer. It does offer the company another revenue opportunity. But I would have preferred that Biogen took its time with this one and conducted another phase 3 trial, as Dr. Knopman and his fellow authors recommend. Right now, if aducanumab is approved, Biogen may face an uphill battle winning over the majority of doctors. Another phase 3 trial with strong results would have made it much easier to convince doctors of the drug's merit.

This doesn't mean a potential aducanumab approval would be bad news. But it does mean the drug's success isn't guaranteed. And if success does happen, it will take time. Meanwhile, if revenue disappoints in the first couple of quarters, shares of this biotech giant might suffer.

So if you're a Biogen shareholder (or want to become one), it's important to keep an eye on these first quarters. They would offer us clues about whether doctors are willing to give the product a chance -- and whether Biogen may indeed have a major new revenue driver.