However, the Centers for Disease Control and Prevention (CDC) is convening an "emergency meeting" of an advisory panel on June 18. The panel will discuss higher-than-expected reports of heart inflammation issues in young men following the second dose of the two messenger RNA (mRNA) COVID-19 vaccines. How worrisome are these heart issues reported with Pfizer's and Moderna's COVID-19 vaccines? 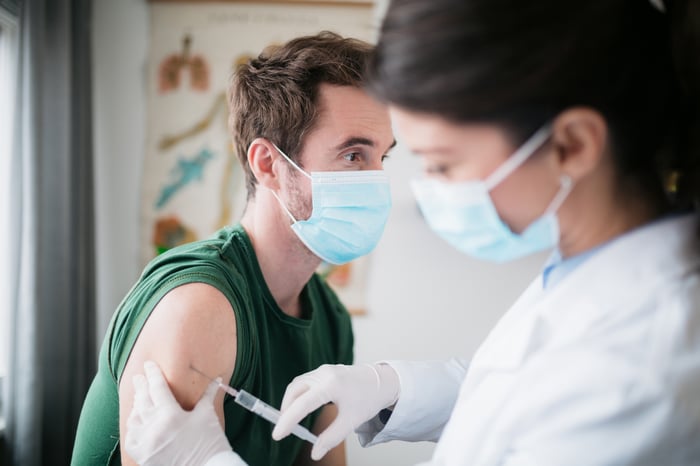 The CDC and the U.S. Food and Drug Administration (FDA) jointly run the Vaccine Adverse Event Reporting System (VAERS), which tracks reports of any side effects after individuals have received a COVID-19 vaccine. Most adverse events reported in VAERS aren't serious.

However, the CDC noticed that higher numbers of myocarditis (inflammation of the middle layer of the heart wall) and pericarditis (inflammation of the pericardium tissue that surrounds the heart) were being reported for young men than would be expected based on the number of vaccines administered. These issues were especially notable after the second dose of the mRNA vaccines.

The potential issues aren't limited to the United States. Earlier this month, Israel's Health Ministry announced that there was a "probable link" between heart inflammation issues observed primarily in young men and receiving the second dose of the Pfizer-BioNTech vaccine.

The number of heart inflammation issues reported thus far, while higher than expected, is still really low overall. The CDC specifically stated that "these reports are rare, given the number of vaccine doses administered."

It's also important to note that most individuals affected by heart inflammation issues were treated successfully. Indeed, the CDC said, "Most patients who received care responded well to medicine and rest and quickly felt better."

Based on what is known now, there's no reason for individuals receiving the Pfizer-BioNTech or Moderna COVID-19 vaccines to worry. Finding rare side effects with a vaccine or a drug is launched occurs frequently. Usually, the actions taken include revising guidelines for evaluating the benefit-risk balance for affected groups and the follow-up monitoring for these groups.

That could be what the CDC advisory panel that's scheduled to meet later this week will do after examining the available data. It's also possible that the panel will need more data before it makes any recommendations.

Should investors worry about what all of this might mean for Pfizer, BioNTech, and/or Moderna? No. Most investors haven't been worried, as evidenced by the minimal movement of the drug stocks after the initial CDC advisory committee meeting last week where the heart inflammation issues were discussed.

Granted, it's possible that a clear link between the mRNA vaccines and heart inflammation issues in young men could be established. Even if that happens, though, the issues are rare enough that the number of doses administered of these vaccines probably wouldn't be impacted very much.

The emergence of new coronavirus strains makes it far more likely that more mRNA vaccine doses will be needed in the future. In the big scheme of things, Pfizer's and Moderna's COVID-19 vaccines are providing a lot more reasons for celebration than for concern.