Please ensure Javascript is enabled for purposes of website accessibility
Log In Help Join The Motley Fool
Free Article Join Over 1 Million Premium Members And Get More In-Depth Stock Guidance and Research
By Trevor Jennewine - Jun 16, 2021 at 8:00AM

Tesla shareholders could see significant gains over the next decade.

Whether you like Tesla (TSLA -2.44%) or not, it's hard to deny the company has accomplished something tremendous. In under two decades, this electric vehicle (EV) maker has disrupted a 130-year-old industry. Not surprisingly, shares of Tesla are up 860%.

But even after those gains, Tesla stock could still crush the market over the next decade. Here's why.

On several occasions, CEO Elon Musk has mentioned manufacturing as Tesla's long-term advantage. That may be surprising, but the company has made great strides in its pursuit of efficiency. 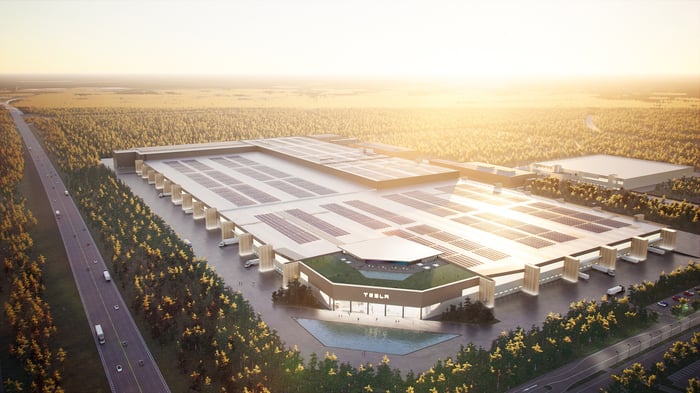 In 2017, Tesla introduced the 2170 battery cell, boosting energy capacity by 50%. The company started producing the new cell at the Gigafactory in Nevada, and by mid-2018, that factory was the highest-volume battery plant in the world.

In 2019, Tesla completed construction of Gigafactory Shanghai in just 10 months, expanding total capacity and localizing its China business. That cut costs by reducing the number of cars shipped across the ocean on boats.

In 2020, Tesla broke ground on new Gigafactories in Berlin and Texas, and expects to deliver vehicles from both plants in 2021. Similar to China, this will drive efficiency by expanding capacity and localizing its European business.

Notably, even without a factory in Europe, the Model 3 was still the best-selling premium sedan worldwide in Q1 2021. Put another way, with just two factories, Tesla delivered enough vehicles to surpass the BMW 3 Series and the Mercedes E-Class.

Currently, even the highest estimates put Tesla's battery costs at $187 per kilowatt-hour (kWh) -- that's 10% cheaper than the next closest competitor, and 24% cheaper than the industry average. To add, Tesla also sells the only EV that exceeds 400 miles in range. In other words, Tesla's batteries cost less and they go farther. 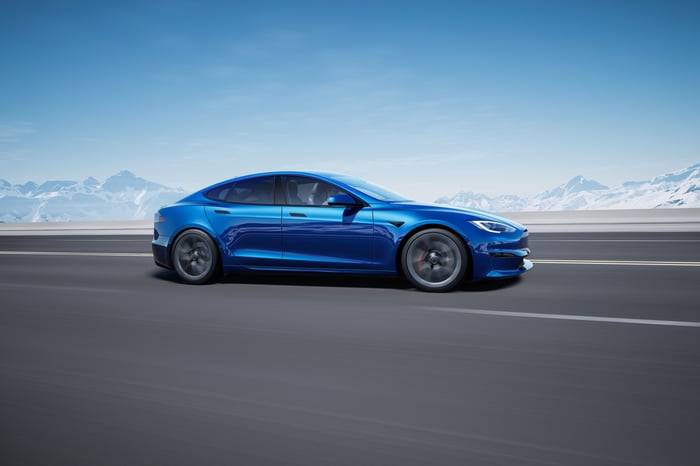 In 2020, Tesla introduced another game changer: the 4680 battery cell. Built with an innovative tabless design, this new cell is expected to cut battery costs by 56%, widening Tesla's lead over the industry.

Management also believes the 4680 will boost range by 54% and reduce capital expenditures by 69%. That last figure is particularly noteworthy, as it makes this technology highly scalable. In other words, Tesla will spend less on plants and equipment (on a relative basis), but it will produce batteries with a greater range at a lower cost.

Tying everything together, Musk believes these efficiencies will allow Tesla to build a $25,000 car within three years. Theoretically, no competitor will be able to match that price, which should help Tesla take market share.

Tesla is a frontrunner in the race to build an autonomous vehicle. Its autopilot and full self-driving platforms already offer some automation, but they also serve another purpose: crowdsourcing data.

Tesla has over 1 million vehicles on the road, all with external cameras to capture video. As a result, the company had collected 3 billion miles of autopilot data by February 2020. By comparison, Alphabet's Waymo -- the first and only company to launch an autonomous ride-hailing service -- had just 20 million real-world miles at the time. 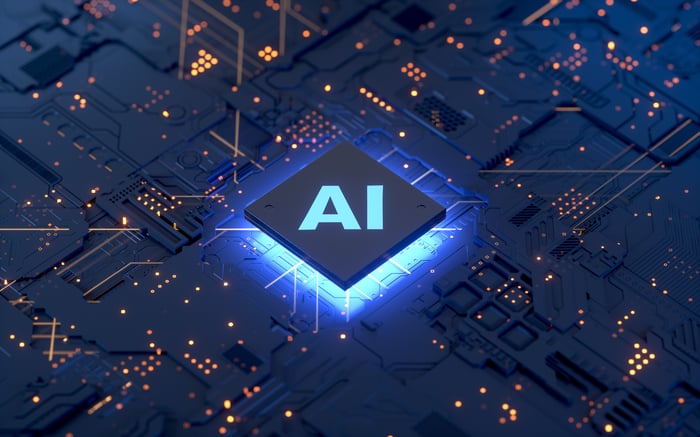 That's a big deal. Data is the foundation of artificial intelligence, and Tesla has a significant advantage. To further that edge, it's also building Dojo. This is a supercomputer designed to train the deep neural networks (i.e. AI engines) that will make Tesla's cars autonomous. Notably, Musk believes Dojo will be an "order of magnitude" more efficient than the next best solution.

Here's the big picture: Research from Ark Invest suggests that autonomous ride-hailing platforms could earn $1.2 trillion in annual operating profits by 2030. Cathie Wood's team also believes autonomous EV makers will earn $250 billion each year. Tesla falls into both categories, as it plans to launch a ride-hailing network in the future.

If Ark is right, Tesla's many advantages -- manufacturing, innovation, and autonomous technology -- should help it capture a good portion of a $1.45 trillion market opportunity. That's why, despite an outrageous valuation of 600 times earnings, I think Tesla could still crush the market.