Workhorse wants a second bite at the USPS apple.

Shares of would-be electric-truck producer Workhorse Group (WKHS -3.91%) jumped more than 12% in early trading on the Nasdaq today but have since settled down to just a 4% gain as of 1:40 p.m. EDT.

But...why did Workhorse pop in the first place? 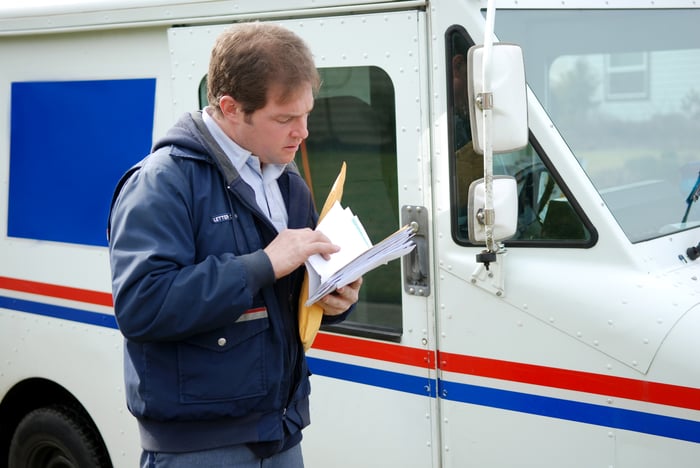 Four months ago, if you recall, Workhorse suffered a near-fatal blow when the U.S. Postal Service (USPS) awarded a massive $482 million initial order for "Next Generation Delivery Vehicles" (i.e., new mail trucks) not to Workhorse but to rival bidder Oshkosh (OSK 1.68%) and its internal combustion-powered trucks instead. This was quite a letdown for Workhorse, which had promised to build cutting-edge electric trucks for the post office, possibly equipped with even more cutting-edge rooftop drones for delivery to isolated locations. Last year, the company did less than $2 million in sales and really could have used that extra $482 million.

As Reuters reported this morning, however, Workhorse Group intends to appeal USPS's award of the contract to Oshkosh, hoping to win back both the initial award and the 10 more years of mail truck orders, which could amount to as much as $6 billion in total revenue over time.

Workhorse is bypassing the usual appeals process; instead of complaining to the U.S. Government Accountability Office as is the ordinary procedure, it's challenging USPS's decision directly in federal court, specifically, the U.S. Court of Federal Claims.

This early in the process, it's hard to say what the company's chances of winning are. Just the possibility of victory, however, seems to have been enough to lift Workhorse shares today.