Please ensure Javascript is enabled for purposes of website accessibility
Log In Help Join The Motley Fool
Free Article Join Over 1 Million Premium Members And Get More In-Depth Stock Guidance and Research
By Keith Speights - Updated Jun 21, 2021 at 9:57AM

There are good reasons this Fool is super-bullish about these picks.

The summer of '21 has officially begun. It's time for beach vacations, barbecues, water sports, and buying stocks. OK, the last item on that list might not seem to belong. Most people don't think stocks when they think of summer fun.

However, there's no better time to invest than the present -- if you buy the right stocks. Here are my three highest-conviction stocks this summer. 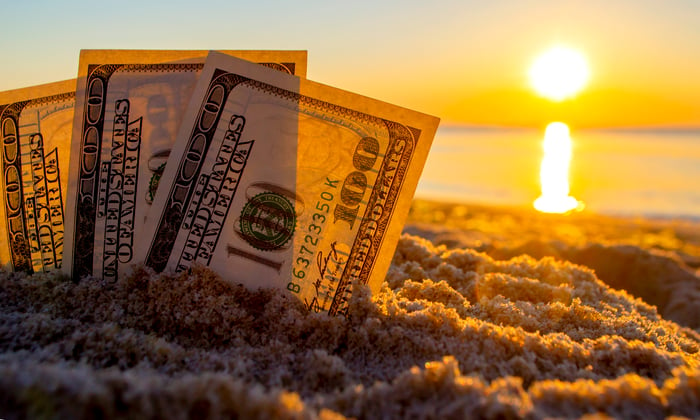 In April, the U.S. committed to cut carbon emissions by 50% from 2005 levels by 2030. Japan set a goal to reduce emissions by 46% from 2013 levels by the end of the decade. Other countries and major corporations have made similar pledges. Even if they don't achieve these goals, the attempts to do so bode well for increased demand for renewable energy.

Brookfield Renewable is poised to profit from this growth. The company currently operates hydroelectric, wind, and solar facilities across four continents with an installed capacity of close to 21,000 megawatts. Its development pipeline totals 27,000 megawatts of added capacity for now but seems likely to increase down the road.

The company expects to be able to deliver average annual total returns in the ballpark of 15% over the long term. I don't doubt for a second that Brookfield Renewable will be able to meet this goal. Its average annual total return over the last 21 years is around 18%. I fully expect that the demand for renewable energy will be greater in the future than it's been in the past.

Nearly 6,000 da Vinci robotic surgical systems are installed worldwide. The healthcare organizations that either bought or leased those systems have a significant financial motivation to get the greatest return on their investment possible. That means more surgical procedures -- and stronger recurring revenue for robotic surgical systems pioneer Intuitive Surgical (ISRG -0.05%).

Throughout much of 2020, the COVID-19 pandemic caused procedure volume to fall as hospitals delayed non-emergency surgeries. The situation has improved tremendously so far this year and should get even better as more people across the world are vaccinated. I expect Intuitive's financial performance to reflect the progress in the global fight against COVID-19 in the coming quarters.

Over the longer term, I'm excited about the prospects for the increased adoption of the company's robotic surgical systems. Intuitive Surgical estimates that around 20 million soft tissue surgeries are performed each year that are candidates for robotic assistance. Last year, its systems were used in more than 1.2 million procedures.

Sure, Intuitive no longer enjoys a monopoly in the robotic surgical systems market as it once did. However, the company continues to benefit from multiple competitive advantages, notably including its extensive track record that gives potential customers peace of mind in going with its systems.

I think that Intuitive Surgical will remain the leader in an expanding market for a years to come. With its great long-term prospects and an improving COVID-19 outlook, Intuitive ranks as my top stock to buy right now.

I'm absolutely convinced that online shopping and digital payments will become more prevalent over the next decade and beyond. I also predict that the market opportunities for both areas will grow strongly in Latin America. Put those two convictions together, and they make MercadoLibre (MELI -2.04%) practically a no-brainer stock to buy.

Some people refer to MercadoLibre as the Amazon.com of Latin America. That's not necessarily a bad comparison, considering that MercadoLibre operates the region's leading e-commerce platform. Like Amazon, the company makes a lot of its money through its fulfillment business.

However, MercadoLibre has also made tremendous inroads in digital payments, an arena where Amazon isn't as strong. The company's Mercado Pago total payment volume jumped almost 130% year over year on a constant-currency basis in Q1 to $14.7 billion.

Even with its great success in recent years, MercadoLibre still has opportunities to increase penetration in its current markets and building up its operations in other countries in Latin America. It also should be able to grow by expanding the products and services that it offers. My view is that MercadoLibre has the potential to become a 10-bagger going forward.

Nasdaq's Correction Could Be Nearly Over: 3 Stocks to Buy Sooner Rather Than Later

Have $3,000? Buying These 3 Stocks Now Just Might Be the Smartest Move You'll Ever Make