Please ensure Javascript is enabled for purposes of website accessibility
Log In Help Join The Motley Fool
Free Article Join Over 1 Million Premium Members And Get More In-Depth Stock Guidance and Research
By Keith Speights - Jun 24, 2021 at 5:55AM

These beaten-down stocks could still be big winners over the long run.

Sure, Cathie Wood's ARK Invest exchange-traded funds (ETFs) haven't been big winners so far this year. However, it's a much different story over a longer period. Three of the ARK ETFs rank in the top 10 best performers (and the only ETFs with greater returns are all leveraged).

Wood deservedly stands out as one of the most successful stock pickers around. The good news is that small investors can profit from her ideas just as she can. Here are three especially promising stocks that Cathie Wood is buying that should be on your list, too. 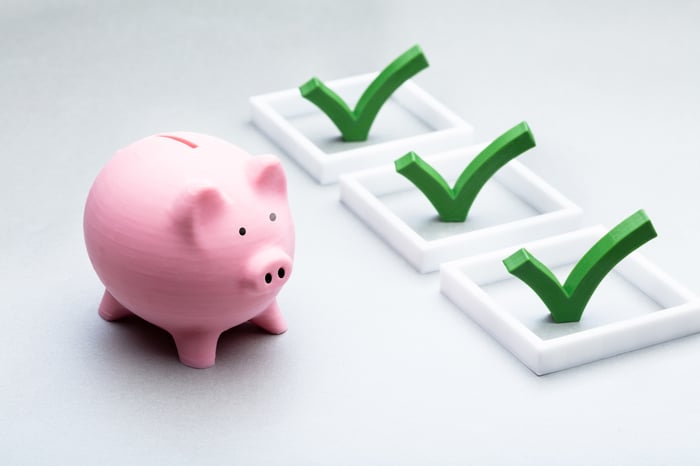 Etsy (ETSY -2.47%) isn't among the largest holdings in Wood's ARK Next Generation Internet ETF. However, Wood clearly likes the e-commerce stock and scooped up more shares earlier this month.

After a fantastic performance in 2020, Etsy's shares are around 25% below their highs from earlier this year. Some investors are less bullish about the stock because Etsy expects its growth rate to decelerate after the pandemic-fueled surge. I suspect that Wood sees a huge long-term opportunity for the company that puts any temporary growth slowdown in perspective.

The COVID-19 pandemic made Etsy more visible than ever before. Not only does the company have more users, but an increasing number of them have also become repeat buyers. Even with growth rates slowing, Etsy's actual growth remains impressive.

More importantly, the company has only scratched the surface of the market potential for the handcrafted products that have made it a go-to site for consumers. Etsy is also expanding beyond its niche by acquiring London-based online clothing reseller Depop. This deal appears to be a smart move for Etsy. Wood seemingly agrees since she bought more shares roughly one week after the acquisition was announced.

Unity Software (U -1.84%) clearly ranks as one of Wood's favorite stocks. It's the eighth-largest holding in the ARK Innovation ETF and No. 10 holding in the ARK Next Generation Internet ETF. And Wood bought more shares of the gaming platform company for both ETFs in June.

Like Etsy, Unity is well off its peak from earlier this year. Also like Etsy, Unity expects its growth to slow somewhat after a sizzling performance during 2020. Wood, however, knows that focusing on the long term is the way to make money investing.

Unity's executives believe the company's addressable market totals close to $29 billion. Its biggest opportunity is in online gaming. Over half of the top mobile games, PC games, and console games were developed using Unity's platform.

The company also sees plenty of room for growth outside of gaming that could expand its addressable market significantly. Developers are using Unity's platform to design automobiles and buildings, simulate autonomous driving, use augmented reality in employee training, and more. Unity is the kind of stock that just might double your money over the next few years -- and Wood knows it.

Wood remains a big fan of biotech stocks, with Vertex Pharmaceuticals (VRTX -1.88%) as one of her top picks. It's the sixth-largest position in the ARK Genomic Revolution ETF.

Vertex announced a setback earlier this month with alpha-1 antitrypsin deficiency (AATD) candidate VX-864. Although the experimental drug met the primary endpoint of a phase 2 study, the company opted not to advance it into late-stage testing because it wasn't likely to achieve a "substantial clinical benefit."

Although Vertex's shares tanked on the news, Wood saw a buying opportunity. Vertex enjoys a monopoly in treating the underlying cause of rare genetic disease cystic fibrosis (CF). As a result, it's amassed a growing cash stockpile that will likely be put to use in acquiring and/or licensing new pipeline programs.

In the meantime, Vertex has several promising candidates outside of CF. CTX001, a gene-editing therapy being developed with CRISPR Therapeutics, could effectively cure rare blood disorders beta-thalassemia and sickle cell disease. Vertex thinks that VX-147 could be a winner in treating kidney diseases in individuals with APOL1 gene variants. It's also evaluating a gene therapy in early-stage clinical testing targeting type 1 diabetes.