Please ensure Javascript is enabled for purposes of website accessibility
Log In Help Join The Motley Fool
Free Article Join Over 1 Million Premium Members And Get More In-Depth Stock Guidance and Research
By George Budwell – Jun 11, 2021 at 9:24AM

Shares of rare disease giant Vertex Pharmaceuticals (VRTX 2.73%) are poised for a major sell-off today. The company's shares fell by as much as 14.5% in pre-market trading Friday morning in response to the biotech's decision to discontinue the clinical program for VX-864, an experimental treatment for the rare genetic disorder alpha-1 antitrypsin (AATD).

AATD is an inherited condition that results in a misfolded AAT protein in the blood. Those with the disorder are at an increased risk of both lung and liver disease. There are currently no Food and Drug Administration products approved to treat the underlying protein folding defect that causes AATD. As a result, this experimental medication had the potential to be major revenue generator for the biotech giant. 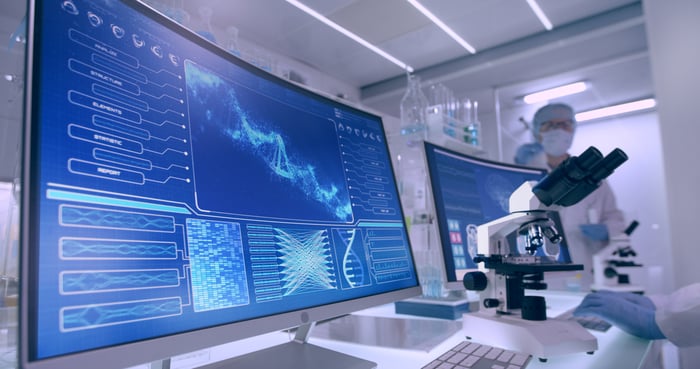 Vertex is reportedly nixing the program after VX-864 failed to show a clear-cut clinical benefit in a midstage trial. Last year, the biotech dropped another AATD clinical candidate, known as VX-814, over safety concerns. As a result Vertex no longer has a candidate in its clinical pipeline for this potentially lucrative genetic disorder. Of broader concern, though, is Vertex's failure to develop an in-house drug for a disease other than cystic fibrosis. That appears to be the main driver behind today's double-digit sell-off.

Is Vertex's stock worth buying on this dip? As the biotech is widely expected to continue to dominate the cystic fibrosis market for the better part of the next two decades, there's a solid case to be made that the market is overreacting to this clinical hiccup. So even though Vertex's in-house pipeline is definitely on the thin side at this point, the company should be fine over the long term. Therefore, bargain hunters may indeed want to take advantage of this opportunity.