Please ensure Javascript is enabled for purposes of website accessibility
Log In Help Join The Motley Fool
Free Article Join Over 1 Million Premium Members And Get More In-Depth Stock Guidance and Research
By Zhiyuan Sun - Jun 24, 2021 at 7:18AM

Can this biotech underdog develop an Alzheimer's drug investors can count on?

Much of the hype surrounding Cassava lies in its flagship drug candidate, simufilam, which is currently under investigation to treat Alzheimer's disease. Large-cap biotech Biogen (BIIB 0.63%) recently advanced its own Alzheimer's drug, Aduhelm, past regulatory hurdles despite questionable efficacy data. That drug costs $56,000 per year. With the bar set low and the potential payoff from commercialization extremely high, interest in biotechs treating Alzheimer's has been soaring.

Meanwhile, Cassava is phase 3 funded, with $280 million cash on its balance sheet and no debt. It anticipates using just $22.5 million in cash this year as it kick-starts its investigation. So should you invest in the company in hopes of clinical trial success? 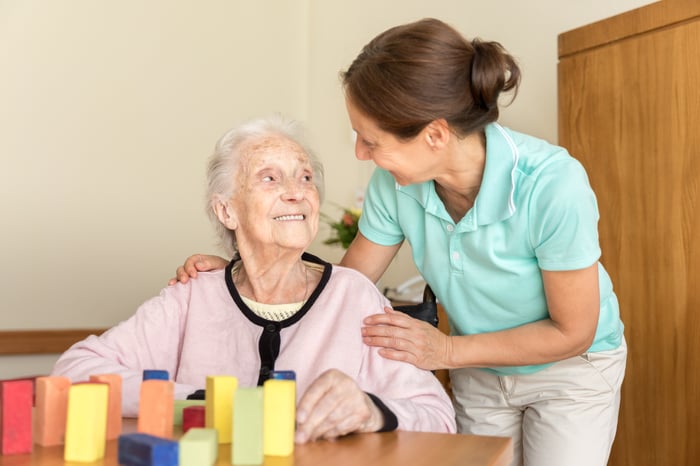 Most investors are counting on simufilam due to its pivotal phase 2b study from last September. In the clinical trial, patients with mild to moderate Alzheimer's disease who took simufilam showed statistically significant improvements in biomarkers present in their cerebrospinal fluids. These biomarkers, such as beta-amyloid plaques and tau proteins, are theorized to cause neurodegeneration and neuroinflammation responsible for Alzheimer's.

Patients also reported improvements in their episodic and spatial memory after dosage. However, these secondary endpoints were not measured using the standard Alzheimer's Disease Assessment Scale–Cognitive Subscale (ADAS-COG), so take this data with a grain of salt.

Investors should note that there is a significant chance of simufilam failing in phase 3. The biggest issue with simufilam -- and with Alzheimer's drugs in general -- is that they have, at best, small overall efficacy with a considerable degree of variance. For example, results were mixed after the phase 2 study, which was the company's second attempt -- the drug had previously failed the same study in May 2020, and Cassava rebooted the trial.

Other drugs targeting the same biomarkers could not translate into a meaningful clinical benefit. Biogen's Aduhelm decreased the number of beta-amyloid biomarkers in studies, but that had little cognitive effect. That company's recent anti-tau antibody, BIIB092, also showed no statistically significant benefit in improving cognition in phase 2.

The phase 2 study Cassava deemed successful had only 64 patients enrolled, and the company claimed an inflated level of correlation between its drug and cognitive improvements. The correlation stood anywhere between 30% and 48%. However, the results did not include how the drug actually increased the number of beta-amyloid plaques compared to placebo after dosage (when it should have gone down). So the overall correlation should be far lower and much more prone to randomness.

It's essentially a coin toss for any drug with a small benefit and through-the-roof variance to hit primary endpoints in phase 3. On top of that, the cognition data on simufilam is all over the place, so the company will have a hard time justifying the drug can tackle the root cause of the disease.

Overall, I'd say that there is less than a 25% chance Cassava can clear simufilam past phase 3. Its market cap of $3.5 billion already has much of those odds priced in. The stock was a great millionaire maker during its run-up, but perhaps it's best for latecomers to check out other biotechs instead.