Please ensure Javascript is enabled for purposes of website accessibility
Log In Help Join The Motley Fool
Free Article Join Over 1 Million Premium Members And Get More In-Depth Stock Guidance and Research
By Rekha Khandelwal - Jun 25, 2021 at 8:13AM

Things finally seem to be moving in the right direction for Nikola (NKLA -1.61%). Last month, the company signed a deal that could lead to an order of 100 trucks from Total Transportation Services. Nikola's stock is also gaining momentum and has risen significantly since the deal was announced. Yet the stock is roughly 80% off the high price of nearly $80 it reached in June last year. Let's see if Nikola's progress, and its stock's improved valuation, makes it a buy right now.

Nikola's progress on its plans

Nikola plans to start delivering trucks before the end of this year. In the long run, the company aims to develop battery electric vehicles (BEV), hydrogen fuel cell electric vehicles (FCEV), and heavy-duty trucks. It is in the process of validation and testing of 14 prototype trucks. Nikola has made substantial progress in building manufacturing facilities in Arizona and Germany. It expects to start trial production in its German facility this month and in Arizona next month.

While Nikola's progress sounds encouraging, the market for electric vehicles is intensely competitive. Top legacy automakers are all looking to grab the BEV and FCEV market opportunities. Hyundai Motor, Toyota Motor, and General Motors are among the automakers working on fuel cell electric trucks. Similarly, in the BEV segment Nikola faces competition from Volkswagen, Tesla (TSLA 3.10%), Daimler, BYD, Volvo, and others who have launched or plan to launch heavy-duty battery electric trucks in the coming years. 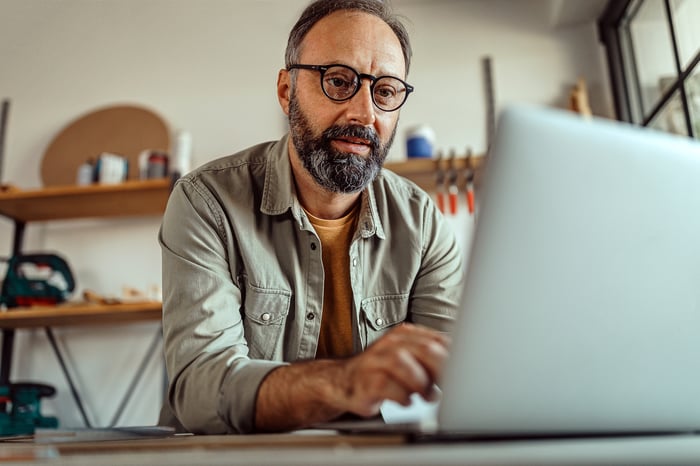 These legacy automakers have greater financial, technical, manufacturing, and marketing capabilities than Nikola. So, producing and selling electric trucks profitably would be extremely challenging for Nikola. Even if the company succeeds in rolling out initial models, which in itself is a tricky task, carving a place out in the competitive market would be incredibly difficult for Nikola.

Nikola is believed to have bright prospects due to its growth plans in the FCEV segment as batteries right now aren't very optimal for heavy-duty vehicles. However, it faces competition even in this segment from legacy automakers. Moreover, advancements in batteries and availability of charging infrastructure may erase those benefits, too. Volkswagen's Scania has already launched battery electric trucks while Tesla plans to launch its battery-powered semitruck soon.

Lack of trust is a key issue

In addition to stiff competition and uncertainty surrounding the pace of growth of FCEVs, a key risk to consider relates to Nikola's management. The company has made false claims about its technology earlier that led to the departure of its founder. With that background, the potential successful launch of its very first truck itself remains questionable.

Let's assume that the new management is more committed to the company and its shareholders. Still, Nikola stock has a market capitalization of around $6.7 billion. Even with its sales target of around $3.2 billion for 2024 that the company provided at the time of listing, the current price implies a price-to-sales ratio of more than two. Apart from Tesla, all legacy automakers working on electric trucks have a price-to-sales ratio below one.

Nikola is still pre-revenue and has yet to deliver its first truck. Its ratio is based on sales more than three years down the line. Production delays are quite common for auto start-ups and the sales number looks optimistic. The company has already revised down its projected 2021 revenue from the previously announced $150 million to $30 million. In fact, the lower end of the guidance is revised to $15 million for the year. But even $30 million is one-fifth of what it had earlier guided. Lower expected revenue makes the price-to-sales ratio even higher.

Nikola seems to progressing, albeit slowly, in the right direction. However, with Nikola's past troubles and the risks it faces, it is difficult to assume that it will deliver what it is promising.  I would consider the stock only when it starts production and delivers trucks that meet safety and performance benchmarks. Considering the substantial risks involved, investors would be better off by avoiding the stock for now.