Please ensure Javascript is enabled for purposes of website accessibility
Log In Help Join The Motley Fool
Free Article Join Over 1 Million Premium Members And Get More In-Depth Stock Guidance and Research
By Scott Levine - May 6, 2021 at 1:02PM

The deal is with Total Transportation Services in Southern California, but don't expect to see the trucks hauling goods just yet.

If things go according to plan, Nikola Motors (NKLA -1.61%) will soon be helping to keep the skies over the City of Angels a little clearer. The company announced today that it signed a letter of intent with Total Transportation Services (TTSI), a port trucking company in Southern California, for a vehicle trial that could lead to an order of as many as 100 Class 8 battery-electric vehicle (BEV) and fuel-cell electric vehicle (FCEV) semi-trucks that will operate at the Port of Los Angeles/Long Beach.

To start, Nikola will provide four trucks -- two BEVs and two FCEVs -- in the first half of 2022. Should the vehicle trial be a success and TTSI is able to obtain government funding, Nikola will deliver 30 BEVs later in 2022 and 70 FCEVs in early 2023. Financial terms of the deal were not disclosed. 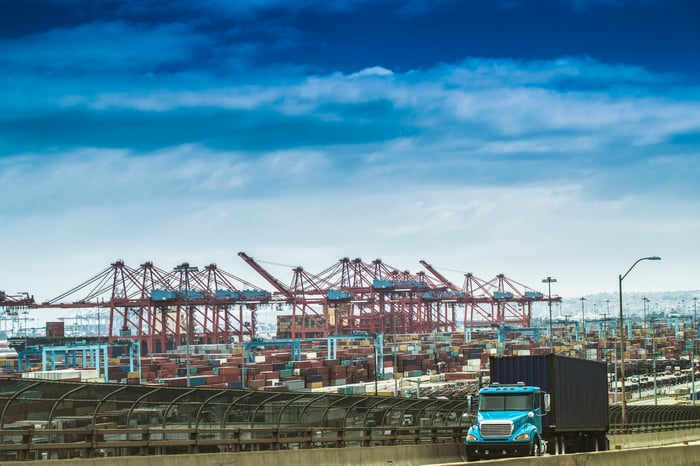 According to Jason Roycht, Nikola's global head of its FCEV business unit, the partnership with TTSI may be an important first step toward further collaboration: "We hope to jointly demonstrate with TTSI the advantages of both technologies during vehicle trials at the Port of Los Angeles/Long Beach. The planned conversion of the TTSI fleet over the next several years will provide a road map to implement zero-emission trucking that we hope many in Southern California will follow."

While Nikola investors may be charged up about the potential deal with TTSI, it's imperative for them to remember that this partnership is in its infancy. The signing of a letter of intent hardly guarantees that trucks will be delivered -- plenty can go wrong before TTSI actually gets behind the wheel of Nikola's trucks. Nikola's investors, for example, don't have to dig far into their memories to remember the best laid plans of its deal with General Motors that went astray, so they should take today's announcement with a grain of salt.