Please ensure Javascript is enabled for purposes of website accessibility
Log In Help Join The Motley Fool
Free Article Join Over 1 Million Premium Members And Get More In-Depth Stock Guidance and Research
By Keith Speights - Jun 27, 2021 at 7:03AM

But not every analyst is so bullish.

No pot stock has delivered a more sizzling return so far in 2021 than Tilray (TLRY 4.67%). The Canadian cannabis producer caught the fancy of online investing communities earlier this year before Tilray's merger with Aphria closed. Its shares have skyrocketed more than 160% year to date.

That impressive gain could be just the beginning, though. Here's why some on Wall Street think that Tilray stock could be about to take off even more. 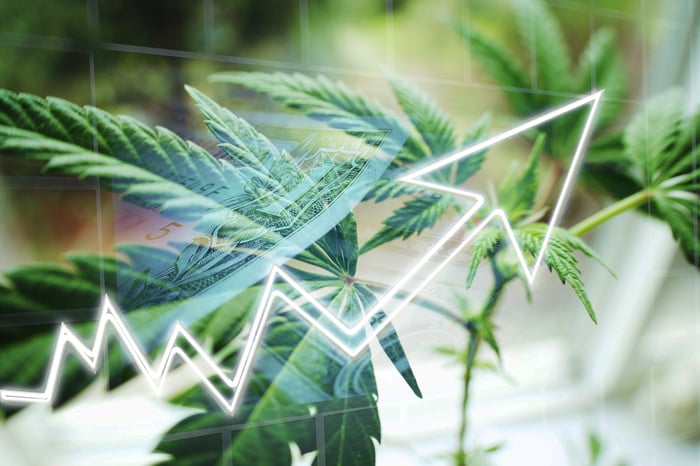 Let's start with one of the biggest Tilray fans. Jefferies analyst Owen Bennett believes that the marijuana stock will hit $23 per share. That's more than 25% above Tilray's price at the time of this writing.

Bennett sees Tilray as the clear leader in the Canadian cannabis market now that the Aphria merger has completed. He's also optimistic about the company's opportunity in the U.S. market.

Cantor Fitzgerald's Pablo Zuanic is only slightly less rosy with his view of Tilray. Zuanic set a price target of $22 for the stock -- a premium of more than 20% above its current share price.

Like Bennett, Zuanic thinks that Tilray stands above the rest of its rivals in the Canadian cannabis market. He also likes the company's European operations. Tilray already operated a large cannabis cultivation and production facility in Portugal prior to the Aphria deal. It now also has Aphria's CC Pharma cannabis distribution business under its wing.

Zuanic also predicts that Tilray and other Canadian pot stocks could benefit from a couple of developments in the near future. He looks for the Canadian retail cannabis market dynamics to improve as COVID-19 concerns wane. The Cantor Fitzgerald analyst expects some progress on major cannabis reform in the U.S. as well.

Not everyone on Wall Street is so enamored with Tilray, however. Alliance Global Partners analyst Aaron Gray recently slashed his price target for the stock from $32 to $18. That target is a little below Tilray's current share price.

Gray likes Tilray's competitive position following the Aphria merger. However, he isn't convinced that the company will be able to gain significant market share in the Canadian market over the near term.

Tilray also has some bulls and bears alike in the analyst community beyond Wall Street. Sometimes, though, the bulls come in costumes that look like bears.

For example, Canadian Imperial Bank of Commerce analyst John Zamparo thinks that Tilray has little upside this year. That's bearish, right? It might seem to be the case. However, Zamparo's price target of $25 represents a whopping 37% premium above Tilray's current share price.

There are some bona fide Canadian Tilray bears, though. Cannacord Genuity initiated coverage on Tilray in May with a price target of only $17 -- nearly 7% below the stock's current level.

Even at The Motley Fool, there are some different views about Tilray. My colleague Sushree Mohanty sees Tilray as "a smart buy" after the Aphria merger. Sushree thinks that Tilray's strength in Europe and its prospects in the U.S. (assuming major cannabis reform at the federal level goes through) should make the stock a long-term winner.

I'm more on the fence about Tilray, at least for now. My take is similar to that of Alliance Global Partner's opinion that making major inroads in Canada will be difficult for the company over the near term.

Neither am I convinced that Tilray will be as big of a winner in the U.S. market as some expect. My hunch is that the company will need to acquire a major U.S. multistate cannabis operator to be successful. I continue to believe that several of these U.S. marijuana stocks offer much more attractive risk-reward propositions than Tilray does.