Please ensure Javascript is enabled for purposes of website accessibility
Log In Help Join The Motley Fool
Free Article Join Over 1 Million Premium Members And Get More In-Depth Stock Guidance and Research
By Selena Maranjian - Jun 28, 2021 at 7:55AM

It may be far more possible to retire a millionaire than you think. Follow these steps to financial security.

If you're aiming -- or just hoping -- to amass $1 million before you retire, that's a pretty good goal. How much you need to have in retirement is a different sum for each of us, but $1 million will serve many people well -- especially when Social Security income and any other retirement income such as pensions are factored in.

Here are five things you can do to get to $1 million faster. 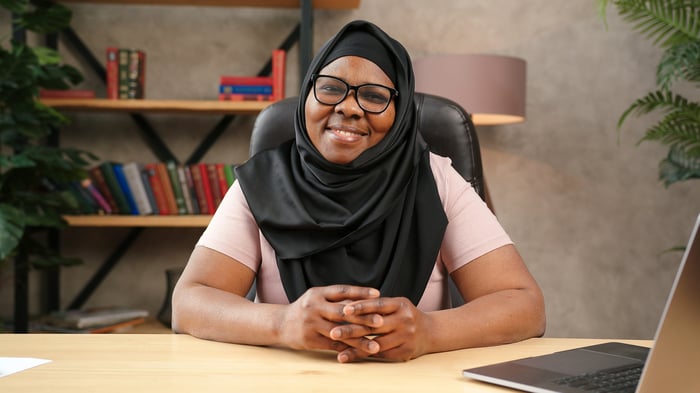 1. Get out of debt as soon as possible

First off, you need to pay off any high-interest rate debt, such as that from credit cards. Many cards these days charge 20%, 25%, or even 30% interest -- especially if you get whacked with a "penalty" rate for paying one bill late. If you're carrying, say, $25,000 in revolving debt and are being charged 30% on that, you're looking at forking over some $7,500 annually in interest alone. That's money down the drain that could have been growing for you instead, helping you amass that million dollars.

So pay off that debt as soon as you can. It can be a daunting endeavor, but it can be done, if you have a good plan and stick to it. (Note that low-interest rate debt such as that from mortgages is far less problematic. It's hard to avoid, too, if you want to buy a home.)

2.  Start investing as soon as you can

Next, once you're free from costly debt (and have a well-stocked emergency fund), you might begin investing. Start as early as you can, as your first invested dollars are your most powerful ones, with the longest time period in which to grow for you.

The table below shows what a single investment of only $1,000 can grow to, at an average annual rate of 8%. The average stock market return is close to 10% over long periods, but you can't count on that.

The table shows just how powerful time can be when you're investing. Over 25 years, you might increase your investment almost seven-fold, but over 50 years, it can grow nearly 47-fold. That's the power of compounding.

It's not only important to start investing as soon as you're ready, but it's also vital to invest effectively. You'll reach $1 million sooner by regularly investing meaningful sums. The table below makes that clear -- with the bolded values highlighting roughly $1 million. 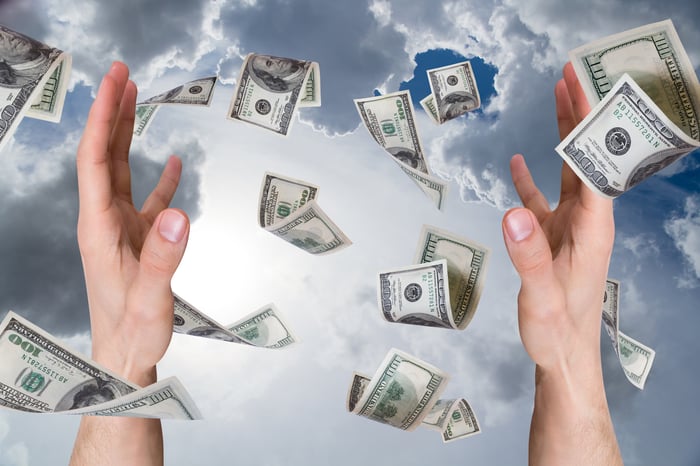 Another way to be effective in your investing is to earn a good average annual rate of return. Growing money in a bank account or certificate of deposit (CD) these days is not an effective way to build wealth. And over long periods, stocks have almost always outperformed bonds. There's no guarantee that you'll earn the stock market's average of 10% over your investing period, so plan for below-average returns and hope for above-average returns. The table below shows the difference your growth rate can make as you build wealth. It reflects annual investments of $10,000.

A great way to earn roughly the same return as the overall market is to invest largely in low-fee index funds, such as one that tracks the S&P 500. The case for index funds is quite compelling, as they have outperformed stock funds run by highly paid and well-educated mutual fund managers over long periods. It's a super simple way to invest, too, as there's no need to study to be a great investor and no need to evaluate lots of companies, determining which ones to invest in, and when.

It's also critical to get out of your own way on your path to a million dollars. Many people sabotage their chance of succeeding by engaging in risky investment behaviors -- sometimes without even recognizing the risk. Penny stocks, for example -- stocks trading for less than around $5 per share -- are notoriously risky and have cost many investors a lot of money. Day trading is another strategy many try, often losing their shirt in the process.

For the best results, either stick only to index funds, or to healthy and growing stocks or funds with good track records. Or invest in both index funds and carefully chosen stocks and/or mutual funds.

5. Live below your means

Lastly, if you want your financial dreams to become realities, you'll need to live below your means, spending less than you bring in -- while saving and investing meaningful sums. That may mean driving your old car for a few more years and making your next car a three-year-old one, not a brand new one. It may mean shopping with coupons and dining in restaurants less often. You might want to mow your own lawn instead of hiring a service. And you can learn lots of money-saving tips, too, such as calling around for lower insurance prices every year.

Your ultimate success will also depend largely on this: determination. Have a plan, and stick to it. Don't get discouraged. This kind of wealth-building happens over many years and it works in snowball fashion, growing bigger and faster in later years. Your wealth may only increase by $500 in year one and $12,000 a few years later, but it might be growing by $100,000 or $200,000 annually some 20 years from now.

Don't give up on the dream of retiring a millionaire. You may well be able to achieve that -- or come close. And you'll need to, as few of us will want to survive on Social Security alone in retirement.