Please ensure Javascript is enabled for purposes of website accessibility
Log In Help Join The Motley Fool
Free Article Join Over 1 Million Premium Members And Get More In-Depth Stock Guidance and Research
By John Ballard - Jun 30, 2021 at 8:30AM

Roblox and BlackLine are still serving a small fraction of their addressable market opportunity.

Finding companies that are still early in their growth path is a good technique to discover wealth-building investments. The best millionaire-making candidates are typically fast-growing companies offering something new and innovative in the marketplace.

Roblox (RBLX -4.28%) and BlackLine (BL 0.59%) are two promising candidates that could deliver multibagger returns. Here's what you need to know before buying shares. 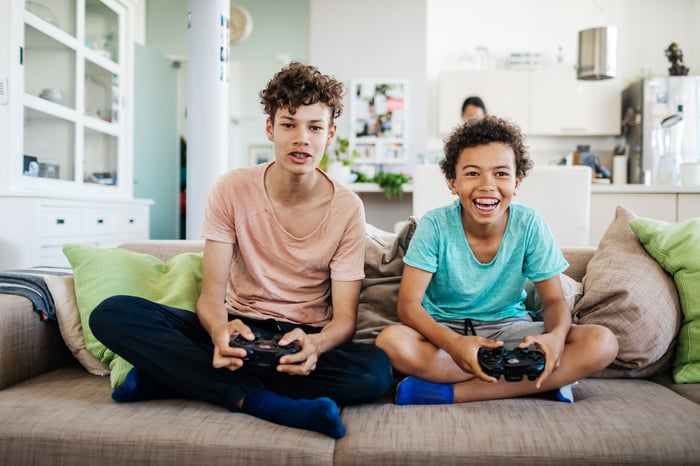 Many investors would love a second chance to buy another social media star like Facebook after its IPO, given Facebook's meteoric rise since its debut in 2012. Investors might have that chance with Roblox, which has brought the concept of the metaverse into the mainstream and has experienced strong growth so far.

What is the metaverse? Basically, the term refers to 3D virtual worlds where users can hang out, communicate with other users, and engage in activities like playing games and even attending virtual concerts. Think of a video game merging with a social media platform -- that's Roblox. The number of use cases for this concept could be endless, spanning entertainment, education, and work. But for now, Roblox is known for providing fun games for tweens to play online.

At the end of May, Roblox had 43 million daily active users, up 28% year over year. While growth appears to be decelerating from the 79% rate reported for the first quarter, Roblox can grow for a long time, given that leading video game companies have player bases that number in the hundreds of millions.

Spending on Robux, the virtual currency that is needed to unlock additional experiences on the platform, continues to trend higher. Average bookings per daily active user increased from $8.98 in Q1 2019 to $15.48 in Q1 2021, but there is significant potential for this metric to move higher.

More users are spending Robux on customizing their avatar. Major brands, such as Hasbro and Netflix, have partnered with Roblox to put exclusive content on the platform, which helps spur further engagement and spending. Plus, Roblox has rolled out a subscription service, Robux Premium, that management believes will help convert free users to paying users.

The company's robust growth so far shows it's headed toward management's vision of one day supporting billions of users. The stock is up just 31% since its direct listing in March, but this social platform will likely be worth far more after another decade of growth. 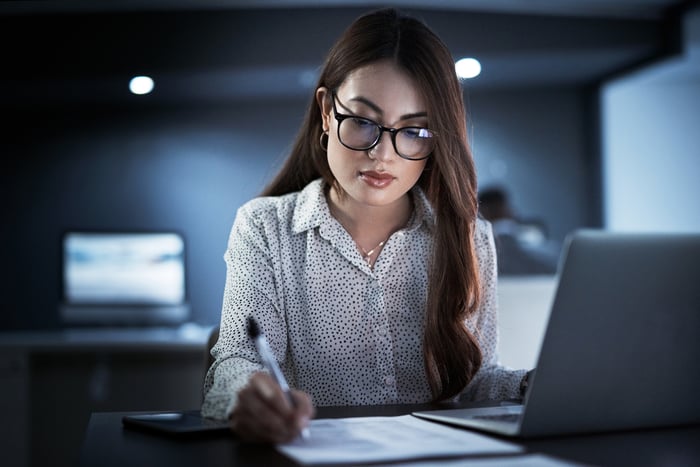 BlackLine stock is up 374% since its IPO in 2016. It's experiencing high demand for its software solutions, which help organizations modernize their accounting systems. Many companies are still using manual accounting procedures, which present a huge opportunity for BlackLine to grow adoption for its automated accounting software.

BlackLine already has some of the world's largest companies using its software across different industries, but there are still many companies around the world without a modern digital process in place. With the pandemic causing an acceleration toward digital-enterprise services, BlackLine is off to a strong start in 2021, with revenue up 20% year over year in the first quarter.

Management sees revenue increasing by at least 26% in 2021 to a range of $415 million to $420 million, but the total addressable market is multiples higher than that. The market for financial close and accounts receivable software is estimated at $28 billion. BlackLine currently has about 3,500 customers, but there are an estimated 165,000 prospective corporate clients up for grabs. Its depth of product offering, including financial close, accounts receivable automation, cash application, and compliance, makes BlackLine a market leader.

For a subscription-as-a-service business, a key metric to watch is the dollar-based retention rate, which measures how effective the company is at selling customers additional services. BlackLine has held its retention rate consistently between 106% to 110% over the last three years, meaning customers are choosing to spend more with BlackLine once onboard. This metric was trending higher through 2019, but the pandemic caused financial challenges for some of BlackLine's customers. However, management reported at a recent investor conference that business is trending back toward pre-pandemic demand levels.

The stock is down 28% off its 52-week high, which makes this a good time to consider buying shares of this mid-cap growth stock.