Brands are getting more interested in reaching the platform's 43 million users, which could open the floodgates for more growth.

Roblox (RBLX -2.19%) has experienced tremendous growth by offering a virtual space (also known as the "metaverse") for tweens to play games and hang out with other users. Consistent with its strategy to partner with brands to offer exclusive content to grow engagement, Roblox recently announced a new virtual hangout based on Netflix's (NFLX 1.67%) hit series Stranger Things.

"Roblox is the new social hangout, much like the local mall back in the 1980s where teens came together," said Christina Wootton, Vice President of Brand Partnerships at Roblox. "The virtual Starcourt Mall is a similar setting reimagined within Roblox that opens up unique possibilities to engage and grow the show's global audience."

The latest Netflix-branded experience is an example of Roblox's growing clout as an entertainment platform. At 43 million daily active users and growing, brands are getting more interested in investing in the platform, which is a catalyst for long-term growth. 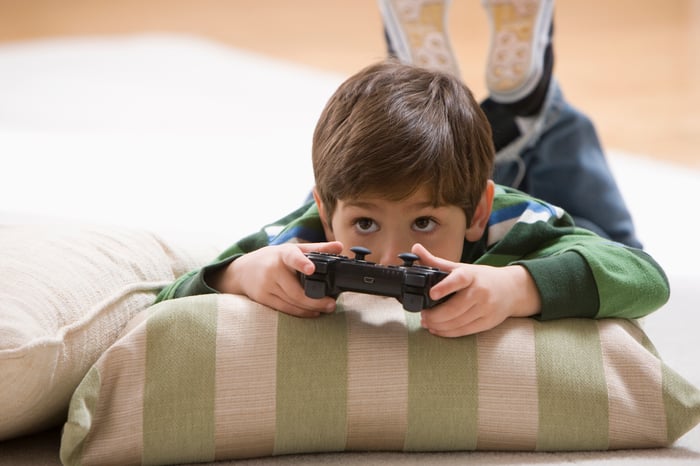 Great timing for both Netflix and Roblox

Fans of Stranger Things are clamoring for the launch of season four, since it's been two long years since the third season left viewers with a cliffhanger season-three finale. Netflix said 64 million households watched the third season within four weeks of launch. That massive audience is a big opportunity for Roblox to engage more users, especially with high anticipation building for the next season.

The new experience is much bigger in scope. It lets users explore the Starcourt Mall, a key setting in the season three finale, to do quests, play minigames, and collect Stranger Things-inspired items for their avatars.

Instead of a short, one-time event, Roblox and Netflix are offering what appears to be a permanent Stranger Things metaverse. Roblox says: "The Netflix experience, launched on the Roblox platform, will serve as a persistent space to immerse fans year-round in the famed mid-80s, neon-soaked Starcourt Mall."

A persistent space opens the door for ongoing content releases to keep users engaged well beyond the near term, which could be a major catalyst for time spent on the platform. In the first quarter ending in March, users spent 9.6 billion hours on the platform, which includes the time spent in experiences and customizing avatars. Over the last two years, daily active users have more than doubled. 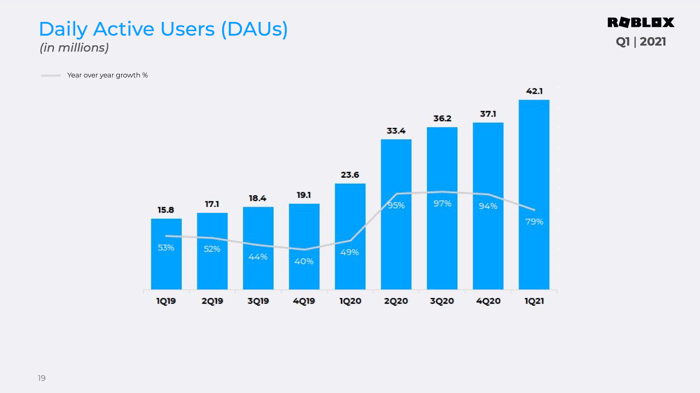 Roblox's audience is much larger than it was two years ago, and brands are taking notice.

During the first-quarter earnings call, CFO Michael Guthrie said that "more and more brands are interested in a platform of our size and scale." He added, "It's a way to reach a user base that's large and growing and very engaged."

Why are virtual items from Gucci important? As Guthrie explained, "We see users are choosing to spend more of their Robux on their identity and they're still growing their spend in experience, but it's clearly important to them on a Roblox platform to invest in their identity."

Roblox is using branded experiences like Stranger Things to grow the number of hours spent on the platform, which is a precursor to earning revenue from the sale of virtual currency, or Robux, that users need to buy items for their avatar or unlock new experiences.

In the new Stranger Things experience, users can complete quests to unlock costume items featured in the series, and users will also be able to purchase items for their avatars.

How to measure Roblox's success

Average bookings per user grew 46% year over year in the first quarter to reach $15.48. This IPO stock trades at a high price-to-sales multiple of 43, implying high long-term growth expectations in users and engagement on the platform.

While Roblox will face difficult year-over-year growth comparisons this year following the spike in engagement during the pandemic, the performance in spending per user will reveal how well these new experiences are retaining the most engaged users on the platform. This is crucial to motivate content developers to continue investing their time to create experiences on the platform, which Roblox needs to grow the business.