Please ensure Javascript is enabled for purposes of website accessibility
Log In Help Join The Motley Fool
Free Article Join Over 1 Million Premium Members And Get More In-Depth Stock Guidance and Research
By Scott Levine - Jul 12, 2021 at 11:42AM

A peer's growth is accelerating, and that has Plug Power investors reaching for the warning flags.

Shares of Plug Power (PLUG -2.57%) have been melting in this summer's heat, tumbling by more than 14% so far in July. And the slide was continuing Monday morning. At one point, the shares were down by more than 5%, and they were off by more than 2% as of 12:24 p.m. EDT after a fuel cell competitor announced the deepening of an important partnership.

While Plug Power didn't have anything to report Monday morning, Hyzon Motors, a manufacturer of hydrogen fuel cell-powered vehicles, did. That company, which plans on merging with the SPAC Decarbonization Plus Acquisition, announced that it has inked a memorandum of understanding with TotalEnergies that "strengthens the existing commercial relationship between one of the world's largest energy companies and a leading supplier of hydrogen commercial vehicles," according to a press release. 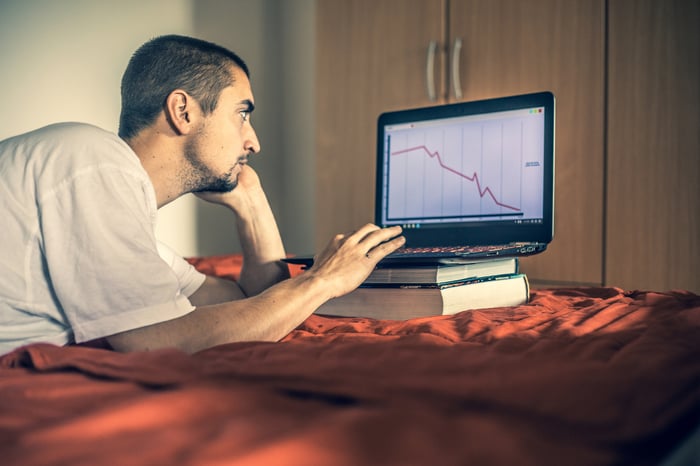 It's likely, however, that Monday's announcement from Hyzon isn't the only thing shaking the resolve of Plug Power's investors. Last week, Hyzon announced a partnership with Chart Industries to develop heavy-duty commercial vehicles.

Plug Power is looking to expand beyond its core competency -- hydrogen fuel cell systems for materials-handling equipment -- and it recognizes that heavy-duty commercial vehicles are a viable growth opportunity. In September, for example, it signed a memorandum of understanding with industrial gas titan Linde to explore development of its ProGen fuel cell engine for use in Class 6 and 8 trucks. While the transportation industry doesn't currently represent a sizable market for Plug Power, the company recognizes that making headway in it will be an important factor in its attempt to meet its goal of generating $1.7 billion in gross billings in 2024.

Although it's understandable that Plug Power investors are concerned about the momentum that Hyzon Motors is gaining, it's important to recognize that the signing of a memorandum of understanding is hardly a guarantee of the success of a collaboration. Despite the fanfare that surrounds such signings, it's not uncommon for partnerships like this one to dissolve.

Nonetheless, Plug Power investors should certainly keep an eye on the progress that Hyzon Motors and other alternative-fuel vehicle manufacturers are making. Enthusiasm for non-gas-guzzling vehicles has ramped up considerably over the past few years, and it's quite possible that the growth which Plug Power's management aspires to achieve in the transportation industry will not be so easy to come by.