Bank stocks are enjoying a renaissance in 2021, bouncing back from a brutal year, for most, during the pandemic last year. It got so bad that bank stocks were prohibited by the Federal Reserve from increasing their dividends last year so that they could preserve capital and liquidity during the recession.

That moratorium was lifted at the start of 2021 as banks started to recover, lifted by billions of dollars in stimulus money and a growing economy. That, combined with the sound fiscal management that most banks implemented last year, has left banks in a strong capital position with excess cash to devote to raising their dividends.

There are two financial stocks in particular that have stood out with huge dividend increases in 2021 -- Morgan Stanley (NYSE:MS) and Goldman Sachs (NYSE:GS). One has already announced a doubling of its dividend, while the other is well on its way to doing the same. 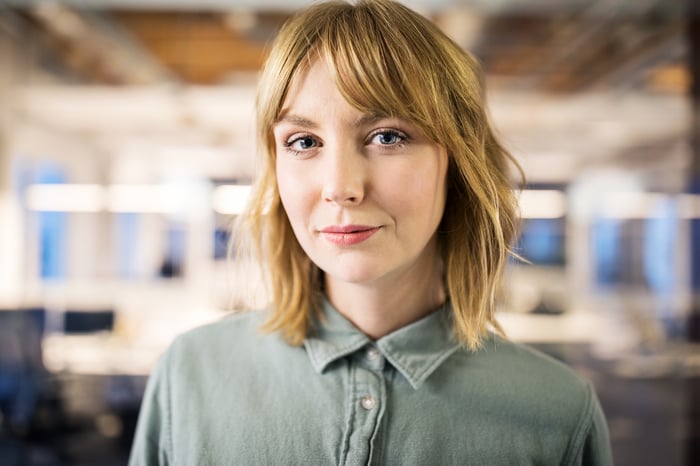 1. Morgan Stanley is doubling its dividend

While Morgan Stanley is a commercial bank, that segment of its business is smaller compared to its investment banking, institutional trading, and asset and wealth management divisions. So, unlike the larger commercial banks, which got pummeled last year and were forced to set aside billions in reserves, Morgan Stanley had record revenue in 2020, driven by its investment banking and institutional trading businesses -- two sectors where they are market leaders. The stock price soared 38% for the year.

Things were even better in the first quarter as Morgan Stanley saw revenue climb 60% year over year to a record $15.7 billion. Net income doubled to $4.1 billion as investment banking and trading showed continued strength, and asset management and wealth management also exhibited gains due to the acquisitions of E*Trade and Eaton Vance last year. The stock price is up about 31% year to date.

Morgan Stanley's capital strength is measured by its 21.1% return on average tangible common equity, up from 9.7% a year ago, and its 16.7% common equity tier 1 (CET1) ratio, which is far above its required minimum of 13.2%.

The earnings strength, with robust revenue from all its segments, and the capital buffer were two factors that went into the company's decision to double its quarterly per-share dividend from $0.35 to $0.70 in the third quarter. "Morgan Stanley has accumulated significant excess capital over the past several years and now has one of the largest capital buffers in the industry," CEO James Gorman said of the decision to double the dividend. He added that the firm has "stable and durable earnings that support a significantly higher payout ratio."

With the increase, the yield will double to about 3% and the payout ratio would go up from about 20% to about 40%. This would be a great time to get in before the dividend doubles this quarter.

The company's financials are in solid shape as well, with a CET1 ratio of 14.2% at the end of the first quarter, above the required minimum of 13.4% set by the Fed. It has an annualized return on tangible common equity of 32.9%, along with a 44% operating margin, and more than $34 billion in operating cash flow.

In late June, Goldman Sachs announced its first dividend increase since the second quarter of 2019, and it was a doozy. The firm announced that it will hike its quarterly dividend from $1.25 per share to $2.00 per share in the third quarter -- an increase of 60%. Over the past five years, Goldman Sachs has increased its dividend by an average of about 14%, not counting this bump. If the company increases its dividend in the next two years at that 14% clip, it will have doubled its dividend within two fiscal years.

These are not just great income stocks, they are both terrific long-term stocks that are available at great valuations. Morgan Stanley and Goldman Sachs are both buys, and for more than just the huge dividend hikes.