Diversification is important when you are looking to minimize your investing risk, especially if you are concerned about a market crash. Investing in different sectors is one way to diversify your portfolio -- but you may also want to consider stocks that have operations in different parts of the world to ensure you aren't too dependent on any single economy.

Three stocks that can help you achieve this type of diversification are Clever Leaves (NASDAQ:CLVR), Norwegian Cruise Line Holdings (NYSE:NCLH), and Banco Santander (NYSE:SAN). Each one has operations on multiple continents, and together they can help make your portfolio much safer over the long term. 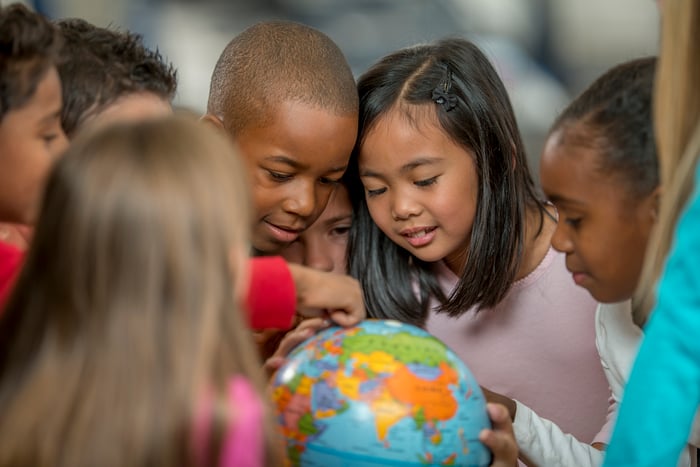 Cleaver Leaves is a cannabis company that is based in the U.S. but grows marijuana in both Colombia and Portugal. It also exports its products to other parts of the world, Europe in particular. The company is able to take advantage of warmer weather and lower minimum wages in Colombia (compared with North America), which allows it to produce dry cannabis flower at a cost of about $0.14/gram -- while Canadian producers' costs are normally well above $1/gram.

That low-cost production could make the business very competitive around the world. The international marijuana market is growing at a compounded annual growth rate (CAGR) of 45%, according to analysts at cannabis research company BDSA. Latin American sales will rise by a CAGR of 60% through 2025, with Europe coming in at 42%. The analysts project the international marijuana market (excluding Canada) will be worth $6.5 billion by 2025 -- just ahead of Canada at $6.1 billion.

However, it may take awhile for the company to benefit from all that growth potential. In its most recent results for the period ending March 31, Clever Leaves reported revenue of $3.5 million, which represented growth of 19% year over year. The company anticipates that its 2021 top line will come in between $17 million and $20 million. Clever Leaves is still in its early growth stages, and management doesn't expect to post a profit this year.

Nonetheless, some attractive growth opportunities ahead combined with low-cost production make this stock an attractive long-term hold for cannabis investors.

Some countries are opening back up again, and people are eager to travel and get back on cruise ships. You don't need to be a meme investor to see the potential for Norwegian Cruise Line -- the cruise-ship operator visited more than 490 ports in 2019 and has a large global presence. In a May update, the company said it is seeing "robust future demand across all brands with the overall cumulative [bookings] for the first half of 2022 meaningfully ahead of 2019's record levels."

But those results will take time to flow in. And Norwegian is by no means the safest stock to be holding right now, as the company has incurred losses totaling $3.5 billion over the trailing 12 months. However, if you're willing to be patient, there is light at the end of the tunnel for growth investors -- the business is looking stronger already, and a busy travel season will likely lead to some much better results later this year. The biggest risk is the COVID-19 delta variant, which could derail reopenings and travel plans. But with vaccines proving to be effective in preventing symptomatic disease from the variant, there's hope that those concerns could be overblown.

Given the excitement travelers are showing to board cruise ships again, there's loads of potential for Norwegian in both the short and long term. And while the stock may be risky, it's a calculated risk that may be worth taking given the upside; some analysts project the stock could go as high as $40, which is about 60% higher than where it is right now.

Bank stocks are known to be great long-term investments, and Spanish-based Banco Santander is a safe and well-diversified stock all on its own. The company generates roughly a third of its profits from Europe, North America, and South America, respectively. Digital consumers were responsible for 11% of its profits during the first three months of 2021.

Although the company is coming off a tough 2020 due to the pandemic -- Banco Santander incurred its first-ever annual loss as a result of impairment losses and some bad loans -- the business is normally profitable. In the four previous years, the company's profit margin has been at least 12% of its top line.

The bank is off to a better start in 2021, reporting a profit of 1.6 billion euros for the period ending March 31. That's more than five times the profit of 331 million euros it reported a year earlier, when it also incurred 3.9 billion euros' worth of impairment charges -- largely due to COVID-19 and expected credit losses.

Now, as economies recover from the pandemic, it looks to be a good time to buy Banco Santander. The bank should be due for a strong year ahead as businesses get back to their normal operations. And over the long term, its great geographical diversification could add a lot of stability to your portfolio.