The Chinese online used car dealer had a better quarter in a turnaround year.

Shares of Uxin (Nasdaq: UXIN) were running 10% higher in afternoon trading Monday after the Chinese online used car dealer filed its fiscal fourth-quarter and annual earnings report over the weekend.

The company had been at risk of going under, having issued a going concern notice during the last year as its ability to generate sufficient working capital was constrained. However, it transitioned to an inventory-owning business model, which improved the quality of the cars it was able to offer the public, a key component to selling used cars. 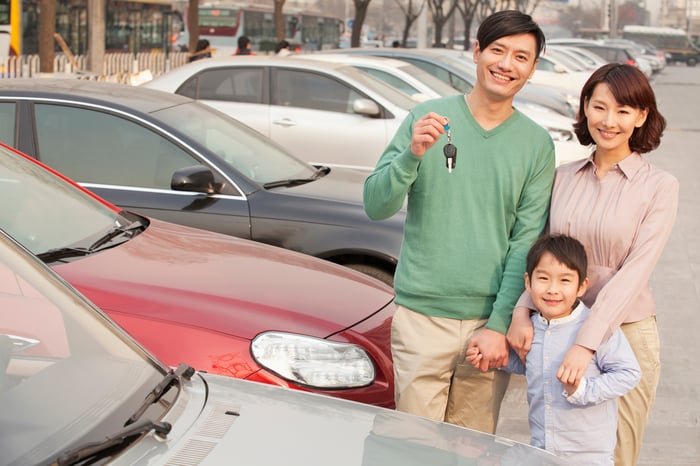 Another important change made was to establish third-party financing of vehicles through financial institutions, which absolved the company of any of the financial risks. While that means it doesn't earn any money on interest charged, at this stage of its turnaround it needs to off-load as much risk as possible.

Uxin isn't some start-up trying to cash in on some current hot trend -- it's been in business for 10 years. Still, that it continues to falter and lose money after so long a time is worrisome.

It's also begun sourcing used vehicles from individual owners, which it says increases the pool of high-quality cars it can offer customers. But that suggests it will be paying a higher price for them, too.

The online auto dealer was also able to secure a line of credit from two lenders, which shores up a big hole in its finances.