This heavily shorted biotech finally had some good news.

Shares of hematology biotech Global Blood Therapeutics (GBT) are up 16.5% as of 10:30 a.m. EDT after the company posted upbeat second-quarter 2021 earnings. Sales of its sickle cell disease drug Oxbryta shot up 51% year over year to $47.6 million.

In a recent survey of 278 physicians, nearly all prescribers were satisfied with using the drug for disease control. SCD is a severe hereditary disease that causes distortions in blood hemoglobin. The irregularly shaped red blood cells can then block blood vessels, causing a life-threatening condition called a vaso-occlusive crisis. 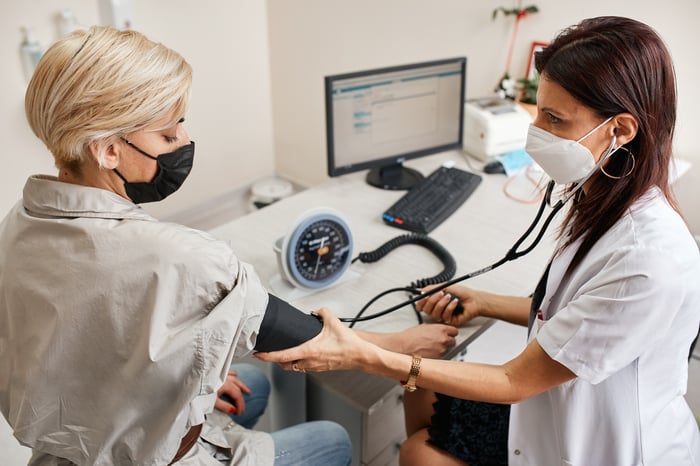 The results today should trouble some of the drug's skeptics. In clinical studies, Oxbryta had an effect in normalizing hemoglobin levels but did not show statistical significance in improving patients' episodes of VOCs. In addition, naysayers cite the success of experimental SCD gene therapies, such as one developed jointly by Vertex Pharmaceuticals and CRISPR Therapeutics, as evidence that SCD drugs will soon become redundant. As a result, over 20% of Global Blood's float is sold short.

The bears' premonition has a lot of backing. However, it's important to note that the gene therapy is still in phase 1/2 clinical trials and will take years to come to fruition. Until then, Global Blood can generate substantial sales with Oxbryta and reinvest those profits back into research and development to catch up. The company is trading at a bargain relative to that growth, with an enterprise value of just $1.5 billion. It is an enticing biotech that investors with a big risk appetite can add to their watch lists.