The company reported revenue and earnings that beat estimates, but the stock price fell anyway.

When Roku (ROKU 1.63%) reported second-quarter earnings last week, it spooked investors a bit when management highlighted some supply chain issues that have arisen.

Shortages of materials and some logistical constraints are showing up everywhere as businesses navigate through some difficult times. Those issues were a big part of why the stock price fell later in the week even after Roku's report showed the video streaming platform operator beat revenue and earnings estimates. 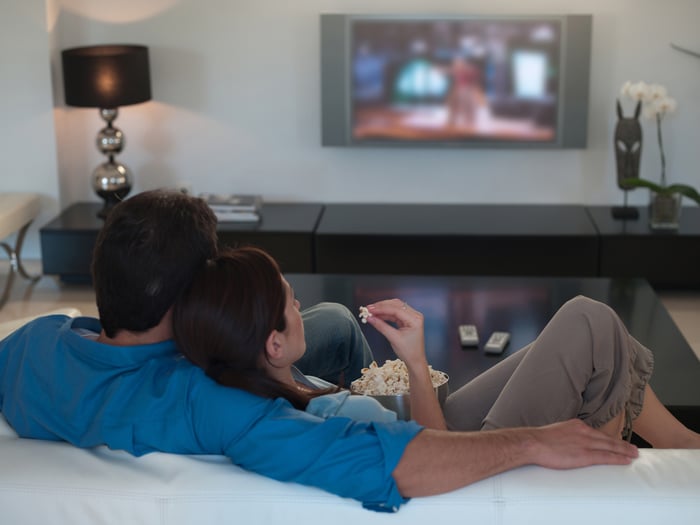 Importantly, Roku reports revenue and gross profit from two segments: Player and platform. The player segment consists mostly of devices people purchase to get access to the Roku platform. The platform segment is where the company generates the bulk of its revenue and profit. For instance, in the most recent quarter, gross profit from the platform segment was $345 million, while the player segment's bottom line was negative.

Still, the players are key for Roku as that is how it brings in new viewers to its platform. That's probably why Roku is happy to sell the players at little or no profit, to bring in new accounts. However, management made two comments in the company's Q2 earnings announcement on Aug. 4 that suggest it will need to sell these players at an increasingly negative margin in the near term:

"Player unit sales in Q2 2021 were relatively flat year over year, following the demand spike in Q2 2020. Tight component supply conditions and shipping constraints continued to increase costs faster than expected across all consumer electronics categories. In Q2, we insulated consumers from increased costs for Roku players, which resulted in Player gross margin turning negative in the quarter."

Despite supply chain challenges in the near term, Roku's excellent growth prospects remain intact. The company reported revenue growth of 81% in Q2 and increased gross profit by 130% from the same time last year.

People continue to shift their viewing to streaming versus linear TV. As evidence of that trend, in Q2, hours spent watching content on Roku devices increased 19% from the year before, whereas consumption through linear TV fell 19%. The direction of that change is unlikely to reverse anytime soon.

Investors can treat the pullback in Roku's stock price as an opportunity to buy the stock at a lower price. That being said, be prepared for continued volatility over the next few quarters as the company grapples with supply chain disruptions.

Why Roku Stock Was Down This Week

Why Roku Stock Jumped on Friday

Is It Time to Buy the Worst-Performing Consumer Growth Stocks?
363%