You should never count your blowout quarters before they hatch, and that seems to fit when it comes to Roku (NASDAQ:ROKU) this week. The pioneer in home streaming posted what seemed to be pretty spectacular numbers after Wednesday's market close.

Revenue soared 81% to $645.1 million in the second quarter, well above the $618.5 million analysts were targeting. A 117% surge in platform revenue helped lift flat year-over-year growth in player revenue. With its higher-margin platform business booming it's not a surprise that Roku's bottom line is growing even faster.

Roku's gross profit more than doubled through April, May, and June. Roku's net income of $0.52 a share reversed a year-ago deficit. It had a tax benefit inflating its earnings, but it would've still blown way past the $0.12 a share that Wall Street pros were expecting. Roku sees revenue decelerating in the current quarter -- the midpoint of its guidance calls for 51% top-line growth -- but it was also well ahead of where analysts were perched. The stock still initially tanked on the report. 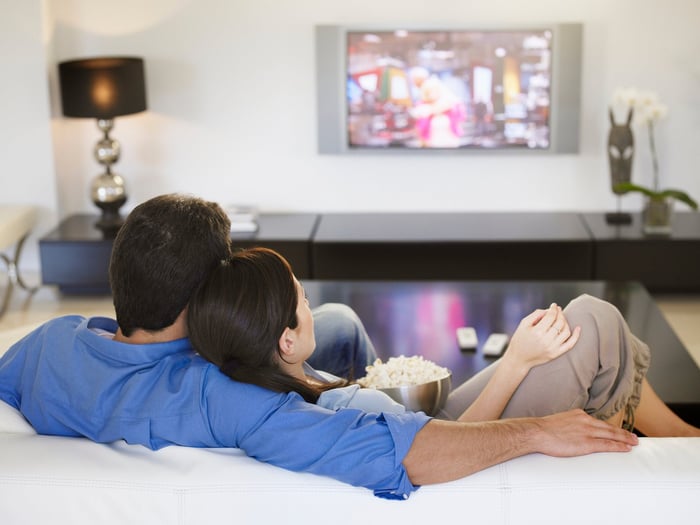 Roku's not just a top- and bottom-line success story. Usage is trending higher, and Roku is gaining market share even in the ascending streaming market. Monetization is also on the rise. Average revenue per user has soared 46% over the past year -- and that's stacked on top of a 28% uptick in active accounts.

It seems like a flawless quarter, but obviously it's not. Buried in the report, Roku talks up some near-term challenges on the supply end. Roku's never seen its business of selling dongles and streaming devices nor its partnering with smart TV manufacturers as profit drivers. It's the means to grow its audience where the real money is made through its platform. However, Roku is warning about supply chain constraints and cost increases with its streaming players and TV partners that will eat into both potential sales and its profit margin. It sees the pressure continuing into next year.

It also warned of a slowdown in its flagship platform revenue, especially compared to last year's pandemic-fueled acceleration. Adding insult to injury, Roku won't be as lucrative on the bottom line in the near term. With a sequential increase in operating expenses, the $60 million to $70 million in adjusted EBITDA Roku is projecting for the current quarter is just a little more than half of the $122.2 million it just delivered in the second quarter.

If you want another bone of contention you may as well check out the average daily hours per user -- which I like to shorten to ADHPU. It's not a metric Roku officially reports, but I like to divide usage by the number of users and the number of days in a quarter to arrive at the average amount of time an account is on the platform on a typical day.

We naturally saw ADHPU grow during the shelter-in-place phase of the COVID-19 crisis, but now that we're feeling a little more adventurous we're seeing the daily average clock in at its lowest level since late 2019. Roku also experienced a sequential decline in usage, something we didn't see in 2019 or 2020.

There is still a lot to like here. Roku is gaining market share and earning its stripes as a growth stock. With monetization improving and Roku making its own luck on that front by investing in exclusive content, the long-term outlook is great. It will just have a rough patch to get through here, largely for items that are temporary and outside of its control. It was a blowout report. Don't let the near-term challenges scare you away from the long-term opportunity.